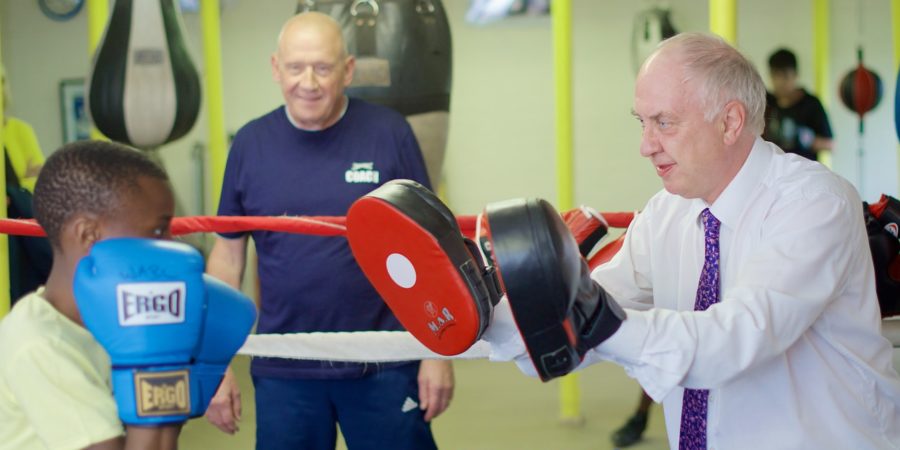 Adventure sports are being rolled out across the West Midlands as part of an effort to keep young people out of trouble during October half-term.

The West Midlands Violence Reduction Unit (VRU) is spending £100,000 on activities such as skiing, abseiling and canoeing, in a bid to divert 8 – 25 year olds away from violence. Each activity is complemented by mentoring sessions designed to help young people achieve their potential.

The VRU was recently launched by the Police and Crime Commissioner David Jamieson and consists of experts from policing, health, education and councils. The VRU has a commitment from public bodies to work together to reduce violence using a public health approach. This approach is the same one used by doctors to fight outbreaks of disease and involves a thorough assessment of the causes of violence and tailored responses.

The latest investment follows a similar mentoring programme that took place over the summer which saw hundreds of young people take part in sports, crafts and outdoor pursuits – alongside life skills coaching.

The initiative primarily targets those living in high crime areas of the West Midlands. The sessions will include mentoring aimed at reducing violent behaviour and developing confidence and communication skills. It is just one of a range of anti-violence programmes being established by the Violence Reduction Unit.

The West Midlands has seen an 85% increase in knife crime since 2012 and gun crime is up by a third.

The West Midlands Police and Crime Commissioner David Jamieson, said: “Crime has been rising across the country for years now and here in the West Midlands we are not immune.

“It is vital young people from all backgrounds have access to positive activities, as well as strong mentors and role models.

“October half-term can see young people get drawn into negative behaviour, or even crime, and it is vital we provide an alternative for those most at risk.”

Councillor Brigid Jones, Deputy Leader of Birmingham City Council said, “When young people get in to trouble with crime, all too often we see that it’s a case of being in the wrong place, at the wrong time and the effects can be devastating.

“With 40% of Birmingham’s residents aged under twenty-five, it’s imperative that younger people are given clear safe, positive options about how they spend their time.

“Schemes such as this can change lives and I’m thrilled that younger people will be given the opportunity of trying something different this half-term and choices which they may have never previously considered or had access to.”