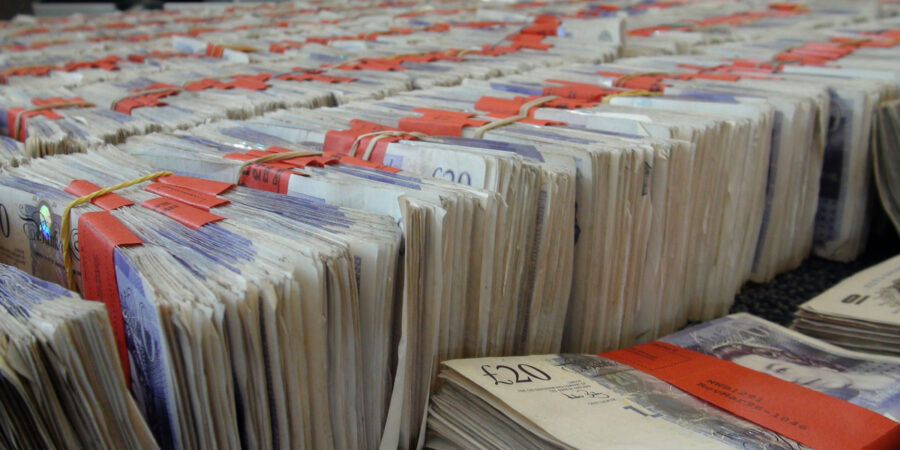 £1.6 million in cash and stolen goods have been retrieved from criminals in the West Midlands by a new police team, made up of former financial experts and analysts.

The money has been seized from organised criminals and drug gangs after their assets were tracked down using high-tech anti-fraud methods used in the world of banking.

The work to retrieve money under the Proceeds of Crime Act has been dubbed ‘Operation Pound’ by police bosses, as they seek to hit criminals where it hurts most, in the pocket.

The team is paid for using Police and Crime Commissioner funding and has already recovered enough money to pay the wages of its staff.

It’s all part of a wider Police and Crime Commissioner plan to tackle drug dealing and reduce the harm caused by it.

Across the country budgets for services to tackle drug use have been slashed over the last decade.

“It would seem apt that those who have profited from selling drugs are now funding the very team that is taking that money back off them, said West Midlands Police and Crime Commissioner Simon Foster.

“Drugs have a terrible impact on the lives of so many people and so I’m delighted to see the profits of those at the top of the criminal underworld taken from them.

The team is currently comprised of two financial investigators, who have been hired from the banking sector and an intelligence analyst.

Jenny Birch, the Head of the Economic Crime Unit, said: I am so proud of the team and what they have achieved in difficult circumstances during the pandemic.

“This money will be used to fund vital work in the community.

“I am grateful to the Police and Crime Commissioner for funding my team so we can recover money and assets from criminals operating in the West Midlands.”