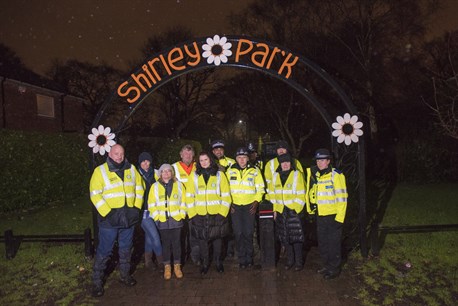 The Police and Crime Commissioner is urging community groups in the West Midlands to bid for a share of one million pounds which has been made available to improve the safety of the region.

The PCC’s Active Citizens Fund is formed of money seized from criminals under the Proceeds of Crime Act and is awarded to groups who wish to invest in local community projects.

With eight months left to run until the end of the financial year there is still £1,064,144 in this year’s fund.

The PCC is keen to receive lots of applications so the money can be spent wisely improving the lives of people living in the West Midlands.

The aim is to help people in the region reduce crime, with local policing teams recommending projects for PCC approval.

In the past, money has been used to fund a Coventry Street Pastor team to keep people safe whilst on a night out, cleaning up an area to reduce anti-social behaviour and paying for a boxing club which works with disadvantaged young people on the verge of criminality.

(The Shirley Street Watch team have received Active Citizens Fund money and use it to help fund their scheme patroling their local area, acting as the eyes and ears for the police and spotting anti-social behaviour.)

The West Midlands Police and Crime Commissioner, David Jamieson, said: “The Active Citizens Fund is a vital source of funding for local people who want to make their area safer.

“Every year we fund a huge number of projects with people bidding for anything from a few hundred to a few thousand pounds.

“If you think your area could do with vital investment, all taken from the pockets of criminals, then don’t hesitate to submit an application form.”

If you wish to bid for a slice of the Active Citizens Fund then it is essential that your first step is to contact your local police officers prior to completing an application form.

They will advise you on the process. They can also provide you with an application form, guide you through the process and assess whether you are likely to be successful.