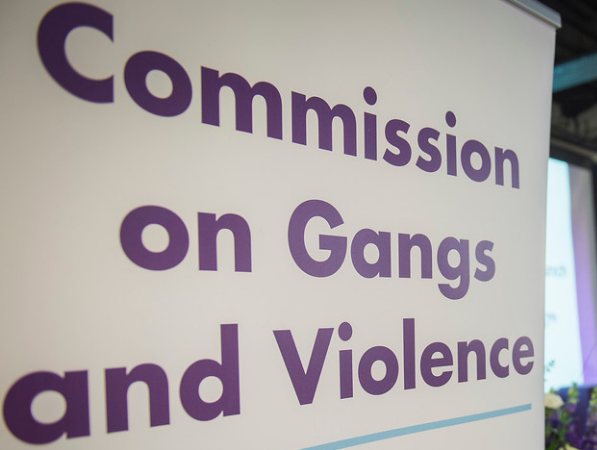 The West Midlands Police and Crime Commissioner is calling for a larger 10 year funding deal in order to tackle gangs and violence in our region.

David Jamieson says the current arrangement of rolling one year funding doesn’t allow for adequate planning and the amount of money made available simply isn’t enough given the scale of the problem.

His comments come on the day that the Gangs and Violence Commission, established by the PCC in 2016, formally hands its work over to the Violence Reduction Unit.

The Commission was led by local community leaders and was set up in the wake of rising violence and gang troubles in the West Midlands.  Between 2012 and 2016 knife crime rose by nearly 50% and gun crime rose by a third.

It studied the problem of violence for over a year before producing a report which made 24 recommendations. Those recommendations, and the work completed by the PCC and others since, will be published on the PCC website.

Following the 2017 report by the Commission, the PCC pledged to spend £2 million paying for initiatives like gang mediation work, targeted violence programmes in schools, employment schemes, expert gang negotiators and a package of support for offenders to break the cycle of crime.

The work has since been praised by the Home Office and contributed to the government establishing 18 Violence Reduction Units across the country.

The violence prevention work will continue in the region, but has now been taken on by the Violence Reduction Unit which was launched in 2019. The community are still closely involved, and the VRU, hosted by the PCC, takes a broad, partnership approach to tackling the causes of violence, working in  areas affected by high levels of violence, schools and across the wider West Midlands.

The West Midlands Police and Crime Commissioner, David Jamieson, said: “I am now more certain than ever that if we want to put a stop to violence then everyone – the government, the police and our partners across the community and in the public sector – must think long term.

“It is no good taking a short term approach to violence prevention.

“Also the sort of money being spent is not enough to get the job done.

“The VRU’s core budget is only a little over £1 per year for each person in our region. This is simply not enough given the challenge we all face.

“It also doesn’t make economic sense. If someone is murdered then as well as the untold pain and misery caused to families and communities, the police investigation, court trial and prison sentence can run into millions of pounds for the taxpayer.

“We must prevent more victims being created and reduce the burden on the taxpayers in our region by working in partnership and spending money sensibly to prevent crimes being committed.”