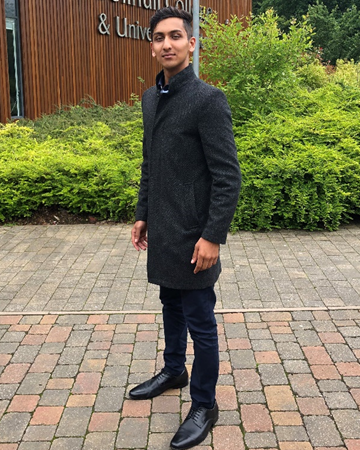 A 16 year old Army Cadet is up for a police award for saving a man’s life, after he had been stabbed twice.

Nasim Ahmed was volunteering at a charity dinner in Small Heath, Birmingham, when he was alerted to an attack in the car park.

The victim had been stabbed after confronting a car thief.

Nasim jumped into action. Grabbing a medical kit from the venue, he rushed to the victims’ side.

Nasim had to work at speed until the ambulance arrived. Paramedics drove the victim to hospital for emergency treatment, where he made a full recovery.

It’s for this act of courage, that the West Midlands Police and Crime Commissioner David Jamieson has nominated Nasim for Outstanding Young Citizen, at his upcoming awards ceremony. The Awards take place on 11th July 2019.

Nasim’s bravery and compassion was recognised by the Warwickshire and West Midlands Army Cadet force, and was awarded the Commandants Commendation 2018.

“His courage and first aid skills were crucial in saving a man’s life. Without Nasim’s intervention, the story may have been very different.

“Nasim is a great role model for other young people and is an example to us all. I am delighted that he has been nominated for this award”.

Commenting on the incident, Nasim Ahmed added: “I am deeply honoured with knowing that my actions ensured that the victim survived such a horrific incident.

“I am truly grateful and honoured for being nominated for this award, and I am deeply moved by the Police and Crime Commissioner’s nomination.

“I feel that the cure to crime is self-awareness”.