The West Midlands Police and Crime Commissioner says he’s delighted £17 million has been seized from crooks in the last five years.

David Jamieson was pleased to hear from financial investigators at the force’s Economic Crime Unit that they’d stripped a total of £17 million from offenders since April 2012 under the Proceeds of Crime Act.

Just over £9 million was recovered from criminals such as drug dealers and fraudsters following court convictions, while the best part of £8 million was taken from suspects after they failed to prove they’d acquired the seized cash legitimately. 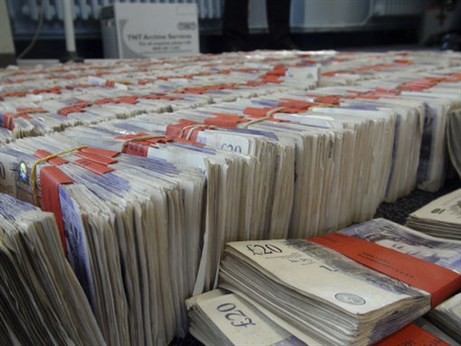 West Midlands Police retained around £6.5 million of the total with the Home Office, Crown Prosecution Service and courts also receiving a share.

The millions retained by West Midlands Police is ploughed into the Police & Crime Commissioner’s Active Citizens fund and spent on crime prevention or community projects.

“Using criminals’ ill-gotten-gains we will be spending their loot to make communities safer.”

Detective Sergeant Adam Keen from the Economic Crime Unit, added: “POCA is a really important police power: not just because it allows us to put much needed money into police projects but because it sends out a strong message that crime doesn’t pay.

“Criminals may think they can ride out their time in jail and their ill-gotten gains will still be waiting for them upon their release. Wrong! Because securing a conviction is just the start for us and we will leave no stone unturned in our efforts to ensure they cannot benefit from crime.

“We will always investigate people who have made money from crime; it’s hugely satisfying to seize their money or assets – including property, cars or valuables – and spend that money for the common good in communities.”

The five-year total is from 605 POCA Confiscation Orders – imposed by judges following criminal convictions – and 191 Forfeiture Orders after West Midlands Police applied to the courts to seize cash found in suspicious circumstances.

Any offenders refusing to pay up face extended spells behind bars. But the debt is never cancelled: it hangs over the person until it’s repaid and officers can recover cash and assets from them at any stage in the future.