A Birmingham school girl who saved her mother’s life has been nominated for an award at this year’s West Midlands Outstanding Citizens’ Awards.

Until now the story of Marleigh Sparey-Knibbs has been known only to friends and family.

On 28th July 2015, only days after Marleigh’s 5th Birthday, her mother Dannielle collapsed following a sharp fall in her blood-sugar levels. She sustained head injuries resulting from the fall knocking her unconscious.

Witnessing the incident Marleigh, then 5 (she is now 7 years old), found her mother’s mobile phone, unlocked it and called 999. She told the emergency services operator that her mum had fallen and remained unconscious. On being told to open the door to emergency service, Marleigh told the operator that she was ‘not to open the door to strangers’ but, persuaded by the operator, allowed the ambulance crew to enter the house to assist her mother. 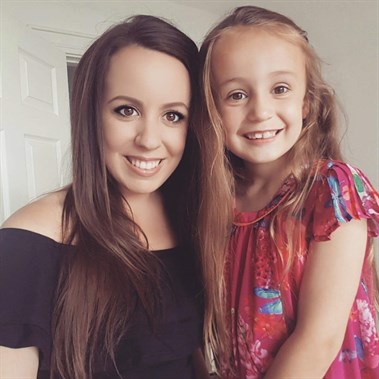 Dannielle Knibbs of Sutton Coldfield, on learning that her daughter had been shortlisted for the award of Outstanding Young Citizen, said:

“I nominated Marleigh because if she hadn’t taken the action she did in calling an ambulance for me, even though she was very scared, then I could have been in a critical condition and suffered serious long-term damage. I am very proud that she knew what to do and tried to save her Mommy’s life.”

This is how Marleigh recalls the incident:

“Mommy told me that she felt very poorly when we were brushing our teeth upstairs, we went downstairs and she did my hair and we put our coats on. Then mommy stood still like a robot at the bottom of the stairs and said “Marleigh I feel really…” and dropped on the floor before she finished but banged her head really hard on the wood on the side of the stairs. I thought Mommy was joking but she wouldn’t wake up. I sat with her for a little bit trying to talk to her but she wasn’t answering me, then I remembered that if people get hurt then an ambulance can help them so I went to find mommy’s phone and phoned 999.

“I told the lady on the phone ” Mommy is on the floor and she won’t wake up”. The lady asked me what my address is and I told her the name of our road but I didn’t know the postcode so she told me to find a letter with it on but now I know the postcode. They told me to touch Mommy and try to see if she moved and check that she is breathing. Then she told me an ambulance lady was coming and I needed to let her in but I told her that I’m not allowed to open the door to strangers but the lady said that it was really important I let her in so that she could make my mommy better. I let the lady in and I asked her if mommy will be ok and she said yes, they put lots of sticky stuff and tests and things on Mommy and when she woke up she wouldn’t stop shaking and I saw she had a big bruise on her head and it was bleeding as well and there was a cut on her hand that was bleeding and then more ambulance people came in. The big ambulance took Mommy away on a bed. I got really upset and cried because I was worried but now I am happy that my mommy is ok.”

“The West Midlands Outstanding Young Citizen Award is our chance to recognise young people like Marleigh who have shown courage and maturity beyond their years. She responded with such composure and to think she was only 5 years old when the incident happened. It’s really quite remarkable.”