A look back at the first two years 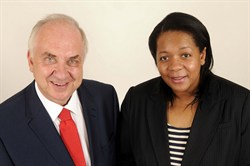 “When my friend and colleague the late Bob Jones took office on 22 November 2012, he began immediately to introduce a governance structure that enables a diverse population of nearly three million to influence the local priorities for West Midlands Police.”

Local Policing and Crime Boards (LPCBs) in each local authority area were set up as part of Bob Jones’ commitment to community-led decision making.   The LPCBs use local knowledge and consultation to identify and set local policing priorities.
Funding grants support the LPCBs to address local priorities.  David said:  “The boards consult locally to ensure that funding decisions are based on sound evidence of need. The PCC’s office has a role in overseeing the boards’ decisions so that the public can be satisfied that allocations and expenditure are transparent and fair.”

Young people are more likely to be both victims of crime or become involved in criminal activity. In each local authority area, two Youth Commissioners were elected by their peers.  David said:  “Their role is to be the voice of young people.  They go out and actively engage with other young people.  The concerns and priorities that they report back are used to influence and inform our planning and priority setting”.  West Midlands Youth Commissioners carry out their duties on a voluntary basis.

In April 2015, the PCC will launch West Midlands Victim Services, providing support and information to all victims and making sure specialist help is provided when needed – these services will help victims to cope and recover from the impact of crime.  David said:  “As part of our victim strategy, we are working closely with West Midlands Police and voluntary, community and partner agencies across the force area to support the development of the victim commission.”  The commission will be the advisory body to the PCC in respect of local services.

In October 2013, the late Bob Jones launched the recruitment drives for 50 Police Community Support Officers and 50 new special constables. Of the 50 special constables, 12 were recruited to the Safer Travel Police Team, which carries out regular reassurance and intelligence-led patrols on public transport and organises regular operations to target criminals who operate on public transport.  We have also recruited staff who can free officers to more operational roles.

In 2014, recruitment of 450 police constables began.  David Jamieson said:  “After nearly four years without any new officers, it was a great opportunity to infuse the force with new skills and experience.  I was delighted to meet the high calibre officer recruits at the start of their training.  They will also help to make the force more representative of the diverse communities it serves.”

Multi-Agency Safeguarding Hubs (MASH) and more effective joint working are pivotal in David’s determination to tackle issues such as Child Sexual Exploitation and other “hidden crimes”. The hubs allow a better flow of information and partnership working to protect vulnerable individuals. David Jamieson has supported an increase in officers tasked with tackling serious and hidden crimes, with 800 officers now dedicated to the Public Protection Unit.

In July 2014, HM Inspectorate of Constabulary rated West Midlands Police’s management of our £146 million saving requirement as ‘outstanding’.  Deputy Police and Crime Commissioner Yvonne Mosquito said: ‘This report gives the recognition rightly deserved by the Chief Constable and the Force for the excellent work they have done to meet the financial challenge faced by the West Midlands.  We have been disproportionately affected by the cuts to police funding made by this Government making the report’s findings even more worthy of note.”

The Police and Crime Commissioner is continuing with the stop and search action plan developed by the Force and Bob Jones.  It includes refresher training for over 5000 officers, the introduction of electronic recording, development of 10 Stop and Search Scrutiny Panels across the Force, as well as compliance with the national Best Use of Stop and Search Scheme.  Work is underway to improve how Force intelligence supports use of stop and search.

David Jamieson said:  “Since Bob Jones took up office, there have been great strides in this area, which I am keen to continue.  We are working with West Midlands Police to develop a public online map-based interface for the publication of stop and search data.”

As soon as he took office in 2012, Bob Jones decided that to ensure the police can meet the public’s expectations, and provide the best possible service efficiently and effectively, it would be necessary to build a partnership with an external organisation.

The Innovation and Integration Partnership is a collaboration between West Midlands Police and Accenture to improve how police work, particularly by harnessing the potential of new technology.  The partnership is working to set out what policing will look like in 2020, and support the steps we need to take to get us there.  It will help to maintain and improve services while responding to continued financial pressure and the need to save an anticipated £125 million over the next five years.

David Jamieson said: “The decisions to select Accenture as the partner were taken prior to my election as PCC, but I am committed to the programme and will ensure the Innovation and Integration Partnership is accountable and transparent”.

Consolidation of the police estate

Following an extensive review of the central Birmingham estate, proposals were agreed to refurbish Police Head Quarters Lloyd House.  The refurbishment will create cost effective working spaces where people will be able to work flexibly.  It will include the creation of a modern, public-facing police station. There will be budget savings from allowing the leases on other accommodation to be end.
A wider review of the West Midlands Police estate is also underway.  David said:  “The two year review will ensure that the force’s buildings are fit for purpose and meet the needs of local communities.  It will look at issues such as: how the force uses buildings, the operational ‘fit’, the condition of buildings, the long term cost of maintaining buildings, and opportunities which may exist for sharing facilities with partners”.

The last two years have seen the lowest crime levels since the introduction of modern crime recording.  David’s Police and Crime plan will maintain this focus on protecting people from crime and reducing reoffending.