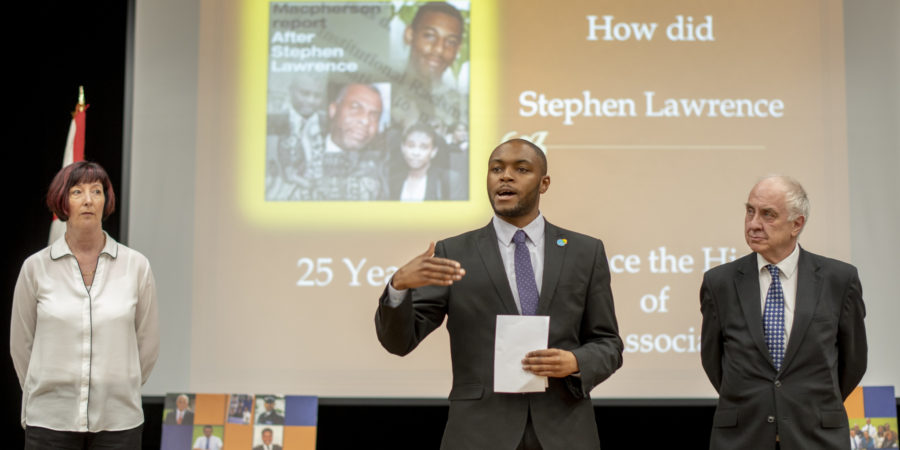 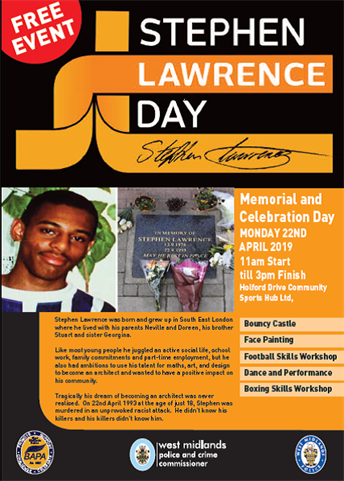 The West Midlands Senior Assistant Police and Crime Commissioner is to commemorate the death of Stephen Lawrence in Birmingham on 22nd April.

Ashley Bertie will use the occasion to highlight the importance of diversity and the role young people have to play in making a difference in local communities.

The event is being organised by West Midlands Police’s Black and Asian Police Association (BAPA) and will be held at Holford Drive Community Sports Hub in Perry Barr.

Stephen Lawrence was 18 years old when stabbed to death in London, on 22nd April 1993.

As well as commemorating Stephen’s death, the day is also about celebrating diversity and encouraging all members of local communities to come together to create a range of positive activities for young people.

2018 marked 25 years since Stephen Lawrence was murdered. Last year the Prime Minister announced a national day of commemoration for the murdered teenager that will take place every year on the 22nd April.

The day in Perry Barr will include guest speakers, including Assistant Chief Constable Sarah Boycott, a dance presentation and a formal parade. A free family fun day will run from 11am to 3pm with activities including a face painting, football activities provided by the Albion Foundation as well as talks on the impact of knife crime.

Senior Assistant Police and Crime Commissioner Ashley Bertie said: “I am pleased to be a part of the first Stephen Lawrence Memorial Day. It will help ensure that local communities have confidence in public institutions.

“The Police and Crime Commissioner David Jamieson is working to ensure that West Midlands Police looks like the community it serves and I whole heartedly support this.

Chief Inspector Karen Geddes, chair of West Midlands Police’s BAPA, said: “The murder of Stephen Lawrence and the MacPherson played a significant part in the journey of BAPA and therefore it was only right that we acknowledged this milestone.

“I want to honour Stephen’s memory and the impact on policing. BAPA will continue to ensure his legacy continues influence West Midlands Police to be a diverse and inclusive organisation which reflects our community”.