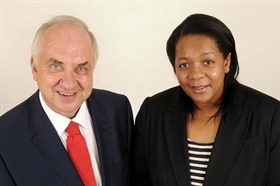 “The continuation of cuts means that it will be very difficult to sustain recruitment after the current 450 officers join the Force.  I will be doing everything I can to get the most out of available funding, notably via the new WMP2020 partnership with Accenture, which will radically reform our processes and technology.  However, there should be no illusions.  Further dramatic reductions in our budget put more pressure on policing – at a time when there is a need for investment in the response to “hidden crimes” like child sexual exploitation, modern slavery and domestic abuse, and the development of an effective policing response to cybercrime.

“Worryingly, the Statement fails to address the unfair funding of West Midlands Police.  We don’t get the share of the national policing “pie” that the government’s own calculation says we need.  This cost us £43 million this year, or £367 million since 2006.  We still await any progress to address this fundamental injustice in how policing in the West Midlands is funded.  We’re hit harder than anyone else because we’re more reliant on central government funding than other forces – a perverse consequence of the low additional charge for policing in our Council Tax bill – and therefore the failure to address our unfair funding position relative to other forces adds insult to injury.  It is this that the government must address as a matter of urgency before final funding decisions are made in the coming weeks.”