Award nomination for Coventry carpenter who saved a man’s life 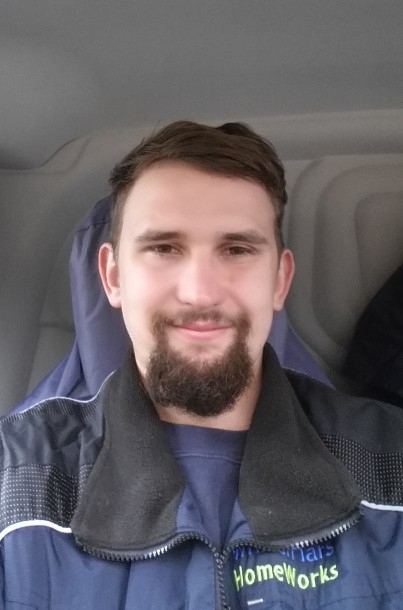 A courageous carpenter who saved a man’s life at the side of the road has been nominated for a West Midlands Police and Crime Commissioner Outstanding Citizens award.

Mark Watts came to the aid of a knife attack victim, providing life-saving first aid, shelter from his attackers and even managed to record vital evidence.

The 25-year-old from Foleshill, Coventry, who works for Whitefrairs Housing, was coming back from a night-shift call-out when he saw the battered and bloodied victim on Foleshill Road in October.

Mr Watts said: “When I saw him covered in blood, I stopped and pulled over.

“I immediately activated my SoloProtect ID badge, which notifies the police, tracks my GPS so they know where I am and audio records what’s happening.

“I started to do first aid on him but then a gang of people who had started the trouble came over and that caused a bit of uproar. I managed to calm things down and get the victim safely into my van. By this time he was drifting in and out of consciousness. Then the police arrived and took control of the situation.

“I just couldn’t drive past and leave him – other people were but I couldn’t do that, I’d want someone to help me or a member of my family if the tables were turned. It was a really hectic situation but I’m proud of myself for stopping: it was the right thing to do. When I stopped, he was heading for the ground and who knows how it would have ended if they had caught up with him again.”

Mark will find out if he’s won at the Outstanding Citizens ceremony on July 13.

He said: “I was really surprised to get this nomination, it’s really nice to be recognised. I also got an award from my employer too so that was great.”

“Mark’s actions were incredibly brave – there’s not many people who would stop and do that. His fearless and quick-thinking actions not only saved the victim’s life but also resulted in an arrest. He is a true community hero.”