Back to school for Assistant PCC Ashley Bertie 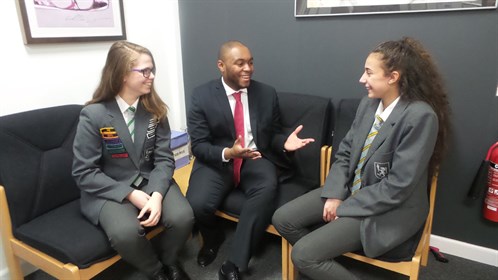 Assistant West Midlands Police and Crime Commissioner Ashley Bertie went back to his roots with a visit to his former school.

The 25-year-old returned to Great Barr Academy to deliver an inspirational speech to students.

Ashley, who was Head Boy during his time at the Aldridge Road school, spoke about his role as Assistant PCC, Stop & Search, mentoring, active citizenship and issues that affect young people.

Assistant West Midlands Police and Crime Commissioner Ashley Bertie  said: “It was pretty surreal going back to my old school as it wasn’t too long ago that I was there studying hard and playing cricket, basketball and football.

“But it was great catching up with my old teachers and I was truly humbled when the headteacher said she was going to put my picture up on the wall of fame.

“However, the best moment was definitely speaking to the students and seeing how engaged and enthusiastic they were.

“Birmingham is the youngest city in Europe and it is vital that we focus on our young people and the issues that affect them. By investing in our young people now and listening to their voice, we will reap the benefits in the future.

“I spoke about my work with Stop & Search and how I’ve introduced an education workshop across the region and how the number of searches has reduced considerably but the number of positive outcomes has actually gone up. I also spoke about when I was stopped and searched outside of school when I was 14 and how awful it made me feel. I was just walking along carrying my PE kit but the officer made me feel like a criminal – it was a lightbulb moment for me, the moment when I knew I wanted to get involved in public life and make things better.”

As well as Stop & Search, Ashley spoke about work experience and apprenticeship opportunities in the office of the PCC, active citizenship, the PCC’s Commission on Gangs and Violence and the upcoming cadet scheme.

He added: “My visit to Great Barr Academy was humbling and heart-warming and it is something I will never forget.

“This school made me who I am today and I will always be thankful for the start in life it gave me.

“I can’t wait to see the achievements of the other young leaders who are already following in my footsteps to make the West Midlands a better place.”

Headteacher Ingrid Abrahams added: “Ashley has achieved in a few years what others achieve in a lifetime. His humility and commitment in the realm of advocacy captured the imagination of both staff and students. It was a pleasure to have him back at Great Barr Academy.” 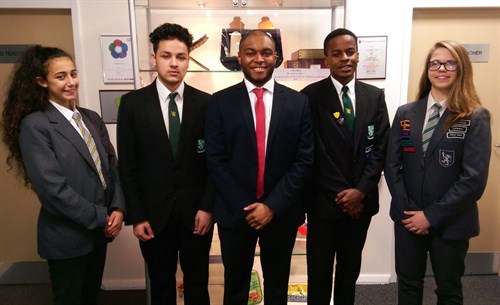