Birmingham’s vulnerable to get help 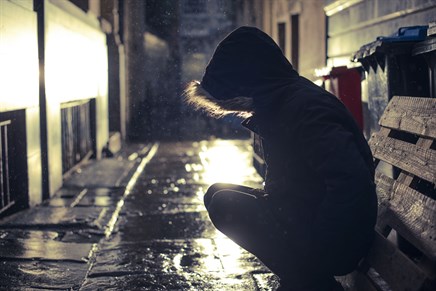 A plan is in place for a team of volunteers to provide care to vulnerable people on the streets of Birmingham city centre during the day time.

Funded, in part, by the West Midlands Police and Crime Commissioner, Networkfour’s Birmingham Pastors project will look to conduct daily patrols on the streets of the second city. They will be helping to care for the homeless and those most in need.

The faith based initiative is similar to the national street pastor scheme except for one major difference: it will operate Monday to Friday between the hours of 08:45 – 14:30, rather than at night.

Most of the Birmingham Pastors will be Christians from local churches.

A group of 20 volunteers have already signalled they will take part, with four trained pastors patrolling our streets each day. Although, for the scheme to work as planned, there is a need for over 75 volunteers to be recruited.

Local churches are being contacted to see if more volunteers can be found.

The pastors will patrol Southside, Westside, Colmore Row, the retail sector and the Jewellery Quarter.

Each team will be equipped with first aid and radios so they can care for and treat people as quickly as possible. If paramedics or the police are needed they will be called straight away.

The scheme, which is due to launch in November, will save lives and make Birmingham a safer city.

The West Midlands Police and Crime Commissioner, David Jamieson, is giving the project an initial £10,000 as he believes it will help reduce crime. The money will be used to buy radios, blankets, coats, first aid kits, as well as covering training costs and insurance.

The PCC is taking money from the Active Citizens Fund, which is made up of cash that has been seized from criminals. It can’t be spent on employing officers, but is ring fenced for crime reducing projects like this one.

Gary Wicker is the man behind the new Birmingham Pastors initiative, he says: “I am so excited to see the pastor’s project take shape and watch as our growing team of passionate volunteers, from many local churches, gear up to play a vital part in our city.

“The scheme will allow us to provide daily support and care for vulnerable children, young people and hard to reach adults that we meet on our inner city streets.

“It is our intention to help reduce the impact currently being placed on our emergency services due to cuts in the public sector.”