Gro-organic, a social enterprise in Chelmsley Wood, has been nominated for an award at this year’s West Midlands Outstanding Citizens’ Awards.

As a social enterprise it has charitable status because it does not make a profit. Proceeds are invested in the organisation’s charitable goals. It relies on a network of volunteers to deliver many of its services.

Gro-organic has been singled out for praise by the Chelmsley Wood local policing team for taking on young offenders as volunteers to support their employment prospects and skill development. 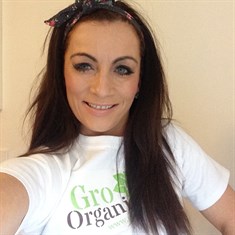 Sarah Gill, CEO and Founder of ‘Gro-Organic’, on being nominated for the Outstanding Community Project Award, said:

“Gro-Organic started by accident when in 2012 I began helping neighbours who were facing eviction because of their overgrown gardens. Other neighbours began to join in my quest, learning new skills themselves and teaching others. Soon, we had an army of over 60 of us who hit the estate helping other residents. Young people volunteer in their holidays and after school and it gives them a real sense of pride and achievement, particularly for those who were getting involved in risky behaviour. In fact, 75% of our volunteers are aged between 14 and 25 and 6 are now full time paid professional landscapers with us.

“We’ve grown to become a social enterprise. We have a formalised training programme where people aged 14 plus can gain employability qualifications by transforming plots of land in the local area into community assets such as community gardens and ‘pocket parks’. Its been a real game changer in the area for those that before joining us just didn’t realise what they were capable of.

“The way I see it is that we’re the vehicle that helps people reach their potential, regardless of their background or barriers. It feels great to be nominated – but for me, it’s a nomination for all the people who volunteer their time to help make our community a better place to live in.”

“These awards are our chance to say ‘thank you’ to people who have shown leadership to deal with the challenges facing our communities.

“Gro-Organic is doing brilliant work in Chelmsley Wood to clear up public spaces that have been neglected or vandalised – we know that areas that people take pride in are known to be safer and experience less crime. And they’re training young people who are at risk of falling into crime, to give them both skills and aspiration for their future.”

Gro-Organic is a social enterprise in Chelmsley Wood. You can find out more about their work here http://www.gro-organic.co.uk/about-us/