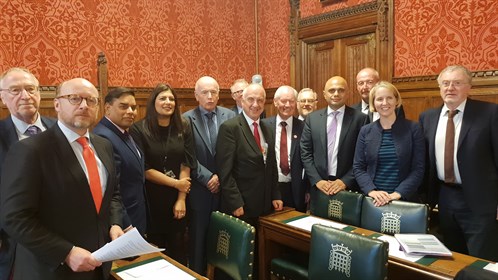 Following successful lobbying by West Midlands Police and Crime Commissioner David Jamieson, the government has announced that he has been successful in his bid for £1.8m into the Early Intervention Youth Fund to tackle the problem of gangs and violence in the West Midlands.

The fund, operated by the Home Office, is a £22m pot of money allocated for the next 2 years. It was announced following the publication of the government’s Serious Violence Strategy. David Jamieson had submitted a bid for £1.8m to add to his work on intervention and prevention of gangs and violence. Today £17.7m has been allocated, money received from this fund cannot be spent on police officers.

Some of the areas the money will be used to fund include mentoring for young people to steer them away from criminality. This is in addition to the two hospitals in Birmingham where they are already working.

The bid was made jointly with the Community Safety Partnerships from across the West Midlands. These are groups made up of local public services including councils, health, police, fire services and others whose role it is to work jointly to keep communities safe.

David Jamieson said: “I have been relentlessly calling on the government for extra funds needed to boost my fight against gang violence. I am delighted that my lobbying of government has produced results.

“My consistent pleas with the Home Secretary and Ministers on behalf of the people of the West Midlands to tackle these problems has finally paid off.

“This pot of money will allow us to do more with young people to tackle the root causes of gangs and violence. The money will supplement the £2m that I have already invested to tackle this issue and we will be working proactively over the next two years to spend this money effectively. The Home Office is clearly impressed with the work of my unique Gangs and Violence Commission which has already got stuck into looking at new ways to tackle this issue.

“I thank the Community Safety Partnerships across the region with whom we have submitted this bid. The bid received support from some Members of Parliament who are just as committed as I am to end the serious violence that has blighted our communities in recent months and years.”