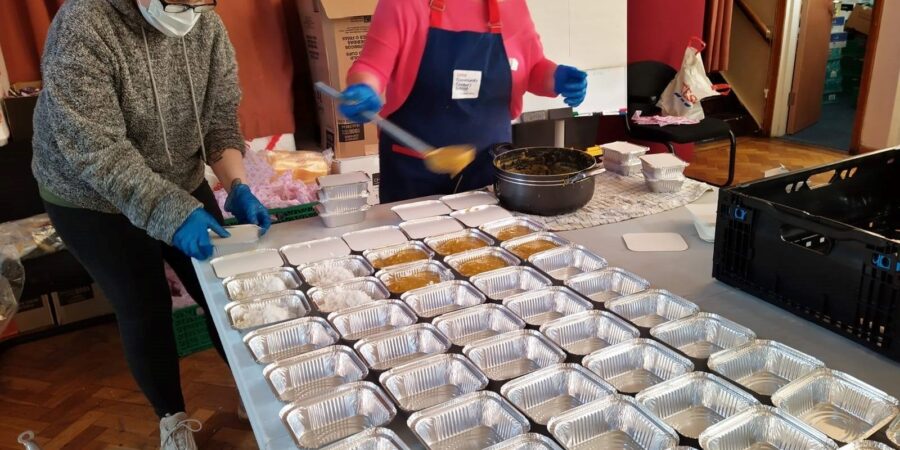 A team of volunteers from Coventry who travelled to Dover to take food parcels to lorry drivers stuck in queues at the border over Christmas have been shortlisted for an award.

Langar Aid is a charity that usually focus on feeding rough sleepers, but when gridlock descended on the South East, after France banned travel from the UK following the outbreak of a new Covid strain, the volunteers turned their attention to stranded truckers.

In total 1,000 food bags were taken down to Kent to feed the lorry drivers who found their passage to mainland Europe was blocked.

The meals were packaged at a warehouse on Doe Bank Lane in Coventry and then transported south in an effort to ensure those who are the most vulnerable are fed.

Now the West Midlands Police and Crime Commissioner has shortlisted the organisation for a Community Organisation Hero Award at this year’s Outstanding Citizens Awards.

The awards take place on Friday.

Between March and November 2020 Langar Aid distributed over 150,000 meals to people right across the West Midlands.

The West Midlands Deputy Police and Crime Commissioner Waheed Saleem, said: “Langar Aid have done excellent work throughout the pandemic to ensure those who are most vulnerable and isolated do not go hungry.

“Not only have they supported the people of Coventry and the West Midlands, but they also went out of their way to deliver food for the lorry drivers who were stuck in Dover over Christmas.

“They are a fantastic organisation and they thoroughly deserve the nomination for the Community Organisation Hero Award.”

Avtar Kaur Project Manager for Langar Aid said: “Throughout the pandemic we have been focused on supporting those who are most in need.

“All of our volunteers have gone out of their way to provide food and support for the vulnerable and isolated.”

The other nominee for the Community Organisation Hero Award is Cherished CIC.

You can watch the awards here: https://www.ourevent.tv/oca21