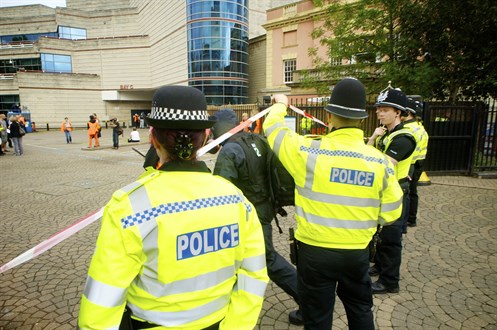 “The government is failing in its duty to give the police the funding they need to protect the public.

“Britain’s most senior officer, Sara Thornton has confirmed Counter-Terror funding for the police will fall by 7.2% by 2020 – something Theresa May denied when asked at Prime Minister’s questions in June.

“That doesn’t tell the whole story though. Neighbourhood policing has been cut to the bone and with it crucial streams of intelligence have been lost. It is only with the confidence of our communities that we can police and manage the growing threats we face.

“In the West Midlands it costs us £100,000 a day whilst at the critical terror threat level and for some days after. Officers doing longer shifts then need to be rested, meaning the return to normal neighbourhood policing duties can take up to a week.

“The Chancellor of the Exchequer’s budget in November gives the government the chance to do the right thing and give police forces the funding they need to keep us all safe.

“Real terms increases in funding are required to enable police forces to carry on their crucial work, to tackle ever more complicated crimes and threats and ensure neighbourhood policing is provided for our communities.
Editor’s notes
Hansard of PMQ when the Prime Minister denied a 7.2% cut in the counter terror budget https://hansard.parliament.uk/Commons/2017-06-28/debates/2CBD7C4C-2C6F-49DF-9C56-D5AA938D013A/Engagements?highlight=Terrorism#contribution-39BA6ABE-600D-4A6F-BC10-13D8EB9772B7 Q6 Ian Austin MP