The West Midlands Police and Crime Commissioner has warned of the dangers posed online to businesses across our region.

Last year 1,159 cybercrimes were reported to police in the West Midlands, but officers suspect that number is just the tip of the iceberg. The actual number of victims is thought to be 16 times larger. What’s more, the number of crimes committed online is thought to be increasing. 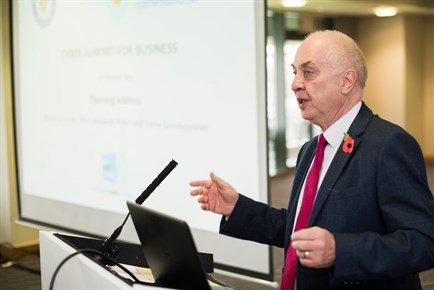 “The cost to companies in our region runs into the millions of pounds. This crime is one of my key priorities. I will continue to ensure the force tackles it head on.

“Thankfully, there is plenty we can all do to keep ourselves safe online. 85% of online crimes are preventable. I’d urge all businesses to report cybercrime so we can pursue those who choose to break the law.” 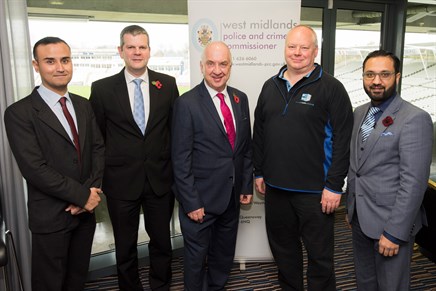 The most common types of crimes committed online include hacking, fraud and malware attacks. Malware is used to take control of another computer before money is demanded for its release.

Chief Superintendent Chris Todd, is the cybercrime lead at West Midlands Police. He said: “We are pleased with the turnout at today’s business cyber event and hope everyone who came found it useful.

“Our main aim is to encourage small and medium sized enterprises to report cybercrime and take simple steps to protect themselves. By following straightforward safety tips around keeping strong passwords and using readily available measures like firewalls, anti-virus and regularly updating software many of these crimes can be avoided. We are also encouraging businesses to protect themselves by signing up to Cyber Essentials.

“We are keen to make this an annual summit and hope the relationships made from here on make a huge difference in how the police work with West Midland businesses and increase cyber awareness.”

One organisation attending the event, Coventry based firm Jigsaw CCS, were hit with a suspected virus over a 3 week period in 2011.

During that time, files randomly began disappearing. After almost one month the firm was forced to seek specialist help, getting their IT systems rebuilt to put a stop to the virus. It took Jigsaw more than 500 man hours and cost more than £40,000 to fix the damage caused by the virus.

Jigsaw CCS’s Chief Executive Rebecca Fahy said: “The attack 6 years ago hit my business really hard. You think you are protected from these kind of crimes, but often your defences are not strong enough.

“Thankfully we now have really robust systems in place to help us stay safe online.

“If I had one piece of advice for other firms in the West Midlands, it would be to seek help before you become a victim too.”