Deputy PCC urges people to sign up to Street Watch 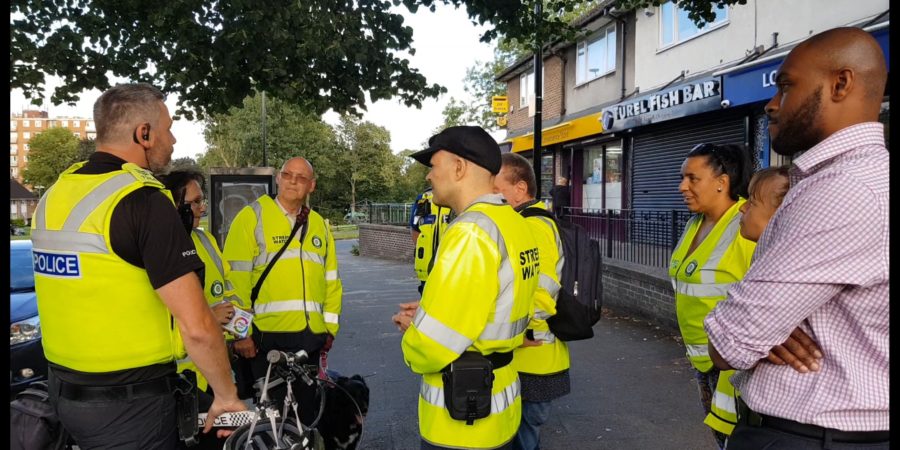 The Deputy Police and Crime Commissioner, Ashley Bertie, has called on members of the public to get involved in Street Watch whilst on a visit to a group in South Birmingham.

Ashley Bertie met with members of Weoley Street Watch and took part in a patrol of the community.

The volunteers patrol the local area once a week and act as the eyes and ears of the community. If volunteers spot suspicious activity they report it to the police to action.

Street Watch is a community-led initiative based on street patrols carried out by members of the public with no police powers. Volunteers patrol in pairs and register each patrol on a website.

Groups are managed by a volunteer co-ordinator who keeps a volunteer list and provides advice, guidance and support in consultation with the local police.

The Street Watch group aim to improve safety in their local community, helping to reduce crime and keep their streets clean.

“When walking around with the volunteers I met residents who told me that the work Street Watch does is effective and that they often disrupt drug dealer’s activity.

“Street Watches are a fantastic way of getting communities to work together to reduce crime and anti-social behaviour.

“I would encourage as many people as possible to get involved in their local patrols”.

If you would like to register your interest to participate in Street Watch please email Streetwatch@west-midlands.pnn.police.uk.