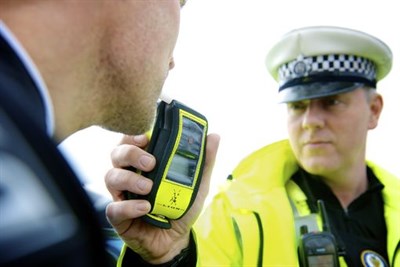 West Midlands Police are giving the red card to drink driving after launching a hard-hitting operation to tackle the potentially lethal combination of football and booze.

The month-long crackdown, as part of a national campaign on drink and drug drivers, starts today (Thursday 14 June) to coincide with the duration of the World Cup.

The campaign will particularly target those who recklessly get behind the wheel after drinking while watching matches.

Officers from WMP and Central Motorway Group (CMPG) will carry out roadside breath tests and those who put their own – and other road users – safety at risk face penalty points, losing their licence or even time behind bars.

The intelligence-led operation will also see officers armed with drug testing kits to check those suspected of being under the influence of illegal substances.

In the last 12 months, there were 3,086 people arrested on suspicion of drink and drug driving.

The West Midlands Police and Crime Commissioner, David Jamieson, added: “People driving under the influence of drink or drugs are a menace on our roads, causing harm and misery.

“Getting behind the wheel whilst high or drunk is the most dangerous thing a driver can do. It’s a reckless and selfish act.

“I am hugely supportive of the effort being made by West Midlands Police to reduce the number of fatalities and serious injuries caused by drink and drug driving over the summer.

“Making our roads safer has always been one of my top priorities, from my time as Transport Minister to my current position as PCC, and I’ve seen first-hand the devastation drink and drug driving can have.

“I know the overwhelming majority of law-abiding motorists back it too.”

Inspector Jack Boardman , who is leading the WMP and CMP crackdown, said: “We have all seen the potentially fatal combination of drink or drugs and driving and our priority is to keep everyone safe.

“Of course we want everyone to enjoy the World Cup and cheer on their nation; it is the biggest global football tournament and will be widely watched by fans from our diverse communities across the West Midlands.

“But we know it creates the extra temptation to go out and watch games with a drink so we are urging people to be responsible.

“Either drop the car or alcohol from your plans as together they can have truly devastating consequences. It is illegal to drink or drug drive as it can cost or change lives forever.”

Officers will also stop those suspected of still being over-the-limit the morning after as part of the dedicated summer campaign.

Anyone with information on someone suspected of driving while under the influence can call 101 or Crimestoppers anonymously on 0800 555 111.