Drug safety-testing at MADE Festival: The Round-Up 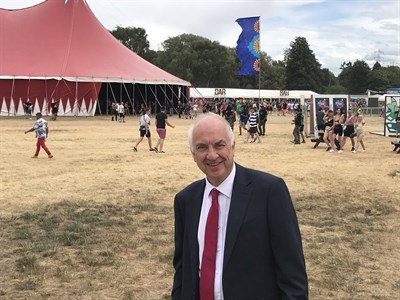 Revellers at MADE Festival in Perry Park, were this year able to anonymously submit substances for analysis. Experts then tested the drugs, provided results and offered advice to prevent harm.

MADE retained its strong stance against the use of illegal drugs and was clear festival-goers should not try to bring substances to Perry Park.

However in response to recommendations from the Police and Crime Commissioner, they decided to offer the service for the first time.

The Loop tested 54 samples of concern at MADE and delivered harm reduction counselling sessions to 70 members of the public:

Crucially, The Loop in conjunction with West Midlands Police issued a drug alert which warned people about a particularly dangerous substance in circulation at the event.

Commenting on the successes of the testing service, West Midlands Police and Crime Commissioner, David Jamieson said: “The results demonstrate the benefits of safety testing in reducing harm and protecting lives.

“Drugs are extremely dangerous and people always put themselves at risk when they consume them. I do not condone drug use, but we need to be realistic that a minority of young people are using drugs despite the risks.

“By working together, and trying new things based on evidence we can make a real difference and protect our young people.”

Pete Jordan, Director of MADE Festival said: “We have been nothing other than impressed with the professionalism of The Loop team and they were a welcome addition to MADE Festival’s comprehensive harm reduction policy.

“The initial results confirm that a service like this is invaluable resource for young people, and we’ve seen a reduction of drug use on site because of the information and advise the service provides.” 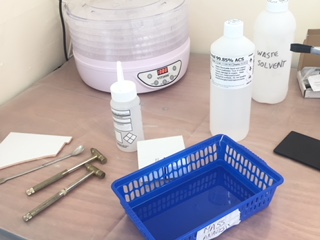 Dr Henry Fisher, Senior Chemist at the Loop said: “It was great to be able to prove our MAST service for the first time ever in the West Midlands at MADE festival.

“We had a really positive day, festival staff, police and the festival goers themselves were all really supportive of our service, and it was great to see our messages about how to reduce drug-related harms getting through to the public.

“What was really reassuring is that more people seem to have heard of our service and understand why we provide the information, although with such a young crowd, there is still a lot of misinformation around, so it was imported we could be there to help counter it.

“We can’t wait to come back next year if we’re invited.”

West Midlands Police Assistant Chief Constable Sarah Boycott said: “At a fundamental level the police enforce the law, but we also have a duty to protect the public and prevent them from harm.

“Consuming controlled drugs is inherently dangerous and the tragic consequences of this have been illustrated with drug-related deaths at similar events in recent years.

“Although we can never condone the use of illegal drugs, we recognize that some people will continue to take them and are looking for ways to adapt our approach in the interests of public safety.

“This was the first time we were involved in trialling a harm reduction approach to drugs in the West Midlands. We found the average age of festival goers using The Loop service at MADE was just 21. A tangible benefit of testing is that it offers the chance to directly engage with these young individuals, talk to them about the impact of drugs and hopefully initiate a change in behaviour.

“The force hopes to build on this in the future, and will consider other new innovative measures to help to keep festival-goers safe from harm. However, we remain completely committed to tackling the illegal distribution of drugs on our streets, organised criminality and associated crimes that bring harm to our communities.”