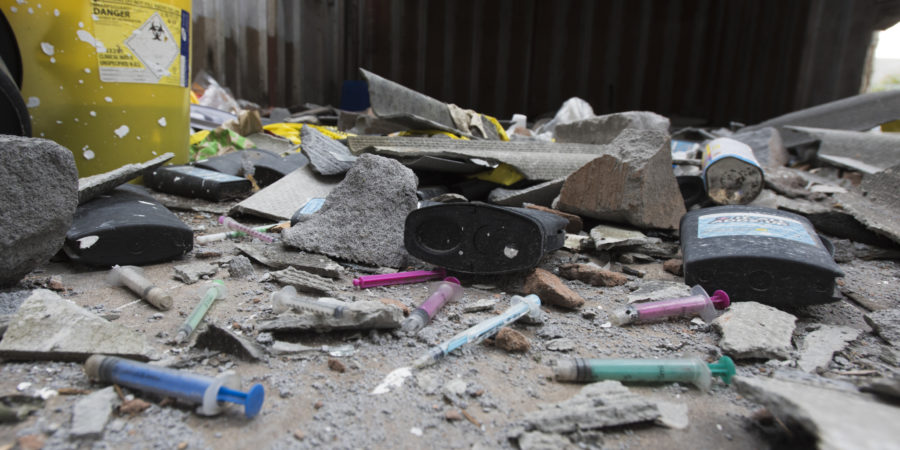 An innovative drug treatment scheme – praised by Sir Richard Branson – is to be rolled out across the whole of Birmingham after an earlier trial found the reduction in shoplifting saved local businesses an estimated £2.3 million.

The Offender to Rehab programme is funded by the Police and Crime Commissioner – Simon Foster – and is the brainchild of West Midlands Police Officer Stuart Toogood.

The pilot in the east of Birmingham started in 2018 and was so successful that it has recently received praise by a group of MPs in parliament who suggested it should be adopted by regions throughout the UK.

The initiative sees drug rehabilitation experts support addicts who are stealing to feed their addiction, with the aim of getting them off drugs and away from crime. The pilot study in Erdington is thought to have prevented a staggering £800,000 from ending up in the hands of dealers by supporting addicts to turn their back on drugs.

70% of shoplifting is estimated to be carried out by people who frequently take class A drugs. Over the last 3 years 14,688 incidents of shop theft have been reported to West Midlands Police.

As well as saving lives, the programme is specifically designed to cut crime by helping people recover from their addiction and therefore take away their need to steal. It also helps to reduce violence towards shop workers.

Michael, 29, is one of the people to have benefitted from the project already. He has been to prison 13 times with each sentence handed down to him after he was caught stealing to feed his drug addiction, which began when he was just 12. By the age of 15 he was addicted to heroin and crack.

The drugs tore through his life and forced him to sleep rough for 6 years.

However, since engaging with the Offender to Rehab scheme Michael has been clean for 9 months and can’t speak highly enough of the help he received: “The scheme has allowed me to turn my life around.

“I was in such a bad way and I was stealing constantly to feed my drug habit. I didn’t want to take heroin or crack, but I couldn’t stop. I knew it was going to kill me.

“I can’t tell you how good it feels to be clean for nearly a year.

“I don’t take drugs anymore and I don’t steal.

“The Offender to Rehab scheme has saved my life”.

After hearing stories like Michael’s and the wider benefits of the drug treatment programme the Police and Crime Commissioner – Simon Foster – has committed to spending £100,000 on expanding the programme: “This scheme is win, win” said Mr Foster.

“We are saving people’s lives and cutting crime all at the same time.

“Once I heard how successful this programme was it didn’t take me long to realise we needed to expand it.

“If it works across the whole of Birmingham and continues to save money then I will look closely at funding it across the entire region.”

Whilst the West Midlands Police Officer who came up with the idea to tackle the causes of crime in this way, PC Stuart Toogood, said: “We have already helped several prolific retail offenders with severe heroin and crack cocaine addiction.

“These are people who have been ‘in the system’ for years having fallen through the cracks.

“We estimate that we have saved local retailers more than two million pounds by preventing thefts of their goods and we’ve stopped nearly 1 million pounds going into the hands of drug dealers.

“Importantly, we have also reduced the level of violence towards shopkeepers.

“This is a team effort and we thank all of the rehab centres, including Seasons, Livingstone House, Changes UK and Lindale Recovery for their support.”