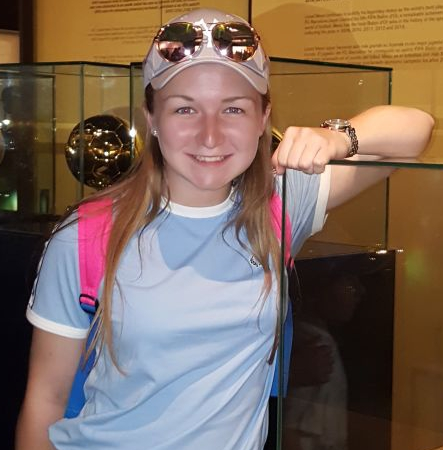 A Dudley teenager who rescued a 3 year old boy from a group who were attacking his mother at a shop has been shortlisted for a prestigious award by the West Midlands Police and Crime Commissioner.

Ashlea Follows was on work experience at Baby Bonito in Sedgley when three women started attacking the owner. They were pushing, swearing and threatening to hit her.

The incident took place in July 2017.

With no time to think, Ashlea, who was 15 at the time, led the 3 year old to safety and raised the alarm: calling West Midlands Police.

Ashlea is one of two people to be shortlisted for the ‘Outstanding Young Citizen Award’ the West Midlands Police and Crime Commissioner, David Jamieson. He said: “What Ashlea did that day showed maturity and bravery beyond her years.

She quickly identified the most vulnerable person in the room and, without a moment’s thought, led him to safety.

She is an example to all of us and I’m delighted she has been shortlisted for this award.”

Ashlea says she was able to act with a cool head in a heated situation, in part thanks to a week’s work placement she had completed with West Midlands Police the week before.

Commenting on her shortlisting for the awards, Ashlea Follows said: “I am delighted to be shortlisted for the Outstanding Young Citizen Award.

“It means so much to me to be recognised for doing what I did that day.

“It’s an honour to be recognised, but more than anything I’m just pleased the little boy was kept safe.

“Who knows, one day I might be able to help more people if I become a police officer.”

Ellena Cadman from Baby Bonito in Sedgley, said: “Ashlea took the whole thing in her stride. She was fantastic. She came to do work experience with me as a quiet young girl, but when the heated situation arose Ashlea acted in just the right way and protected my son. I’m so grateful to her and won’t forget what she did for me”.