33 electric cars belonging to West Midlands Police have clocked up enough miles to drive around the world almost 40 times.

The original fleet of 30 Nissan Leafs, which were first leased in 2013, has now risen to 33 in an attempt to further reduce emissions and cut costs. They have so far driven almost 1 million miles between them. 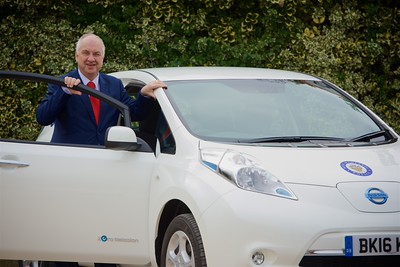 The small eco-friendly cars have saved the taxpayer around £55,000 over their diesel predecessors. That’s the equivalent to at least one full-time police officer. They’ve also produced 255 tonnes of CO2 less than their diesel equivalents.

The Leafs are used to transport officers to appointments rather than responding to 999 emergencies.

West Midlands Police has been rated as ‘outstanding’ by independent inspectors when it comes to efficiency.

West Midlands Police and Crime Commissioner, David Jamieson, said: “These cars make both environmental and financial sense. They help the force save money and keep the air we breathe as clean as possible.

“The financial pressures faced by the force are no secret, which is why I’m delighted these cars are doing their bit to help make our budget stretch further.

“As well as being greener, the Nissan Leaf costs a fraction of the cost per mile to run compared to a diesel or petrol car.

“They have the added bonus of being British built.”