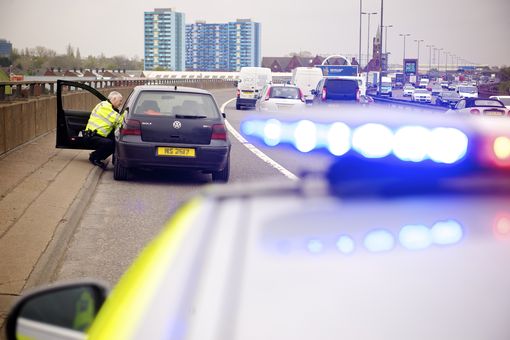 Waheed Saleem is warning people against having a festive drink on the 25th if they have to get back behind the wheel.

The government has decided to lift Covid restrictions on Christmas day for people in the West Midlands, allowing us to mix with two other households. It means more traffic than usual could be on the roads and Mr Saleem is concerned some motorists will be tempted to drink as festive reunions get underway.

West Midlands Police won’t be taking the day off though. They will be out in force on the 25th and running roadside alcohol and drug tests to enforce the law.

Police drink drive messages will also be posted on motorway signs in the run up to Christmas, warning people of the dangers of taking unnecessary risks with alcohol.

Hundreds of drink and drug tests have already been carried out on the region’s roads since the 1st December, as police work around the clock to keep us safe.

Deputy Police and Crime Commissioner Waheed Saleem, said: “This Christmas is set to be one like no other.

“With government restrictions lifted on 25th December for Tier 3 households and below I’m worried some people will travel between homes and take the risk of driving after having a drink.

“I’d like to remind people that drink driving is a serious offence and causes dozens of deaths in our country every year. Those risks don’t diminish just because it’s December 25th.

“If you want to drink, please ensure you aren’t driving and putting others at risk.”