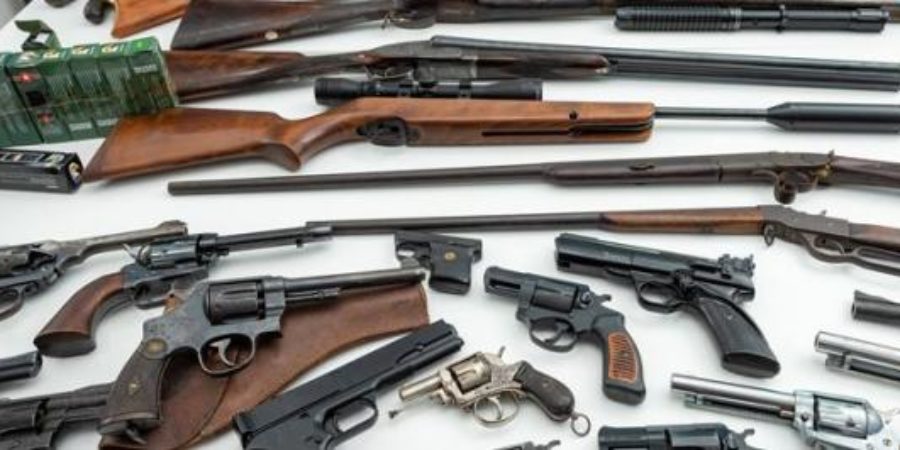 Nearly 150 items have been handed in to West Midlands Police during a two-week firearms surrender led by the National Ballistics Intelligence Service (NABIS).

The campaign ran from 20 July to 4 August, and working firearms including rifles, shotguns, revolvers and handguns were surrendered.
Out of the items surrendered, 15 were lethal firearms and 22 were air weapons.

In addition, self-loading pistols, including a Walther PPK, a rifle silencer and military smoke grenade, as well as incapacitant sprays and stun guns were taken into police stations around the region.

Following the campaign some of the weapons will be sent off to be tested by ballistics specialists to see if they have been used in crime, before they are destroyed.

The West Midlands Deputy Police and Crime Commissioner, Ashley Bertie, said: “To get nearly 150 items off the streets in under two weeks is good news. I am really pleased to see that the firearms that have been handed in will be destroyed.

“Whilst those guns are on the streets of the West Midlands there is always the potential they could fall into the wrong hands. Every gun handed in is potentially a life saved.

“For everybody who decided to hand in their weapon may I say a big thank you. You have done the right thing.”

Chief Superintendent Mark Payne, from force CID, said: “We’re really pleased with the outcome of this surrender. To have 145 weapons taken off the streets is a fantastic result.

“A number of deactivated and imitation weapons were also surrendered. These could have been easily converted and should they have fallen into the wrong hands, the consequences could have been devastating.

“As a force, this is our third firearms surrender in less than two years and in total nearly 400 items have been handed in to us. That is a significant number of potentially very dangerous items off the street, and we have no doubt this will have saved lives.

“I would say to the people who are still holding guns that they have had an opportunity to surrender them and that we are very good at identifying, arresting and imprisoning people who use firearms.

“We will continue to proactively target firearms and offenders and take them off our streets.”