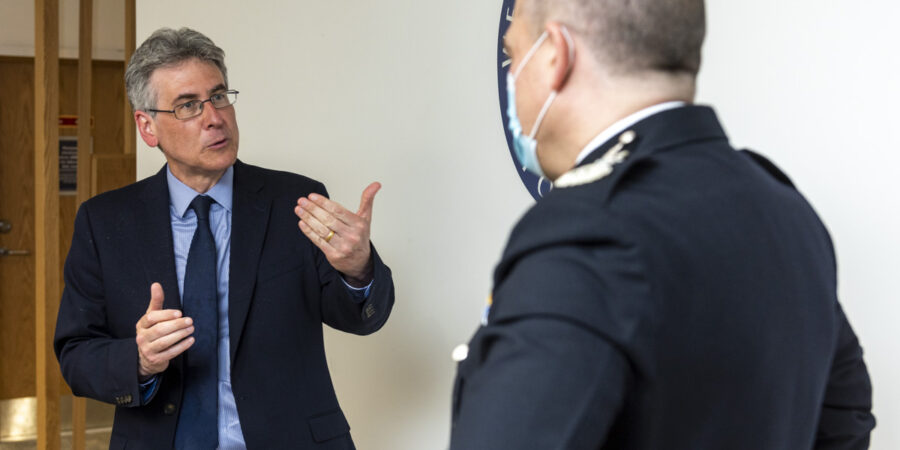 The new Police and Crime Commissioner for the West Midlands formally begins his term in office today.

Simon Foster was elected by the people of the West Midlands on 6 May, but there is a legally required transition period before he takes up his new post.

That transition has now finished and so today Simon Foster replaces David Jamieson, who is retiring after nearly 7 years in the job.

Mr Foster has pledged to recruit 450 police officers and put them in local communities across the region. He has also pledged to tackle knife crime, domestic abuse and to protect victims of crime.

However, he is aware of the need to act quickly. His term in office is set to be three rather than the normal four years, after the pandemic delayed elections across the country by 12 months.

“After a very long wait for the election because of Covid 19, I am delighted to finally be able to take up the post of Police and Crime Commissioner,” said Simon Foster.

“I have lived, worked and brought my family up in the West Midlands for 35 years and so I appreciate what a privilege it is to be elected by and to represent you.  “You have placed your trust in me to ensure Justice, Safety and Security for the people and communities of the West Midlands. There is no time to waste. I will implement the pledges set out in my Manifesto as soon as possible, including ensuring 450 extra police officers are recruited and put on our streets to make you and your family safe.”