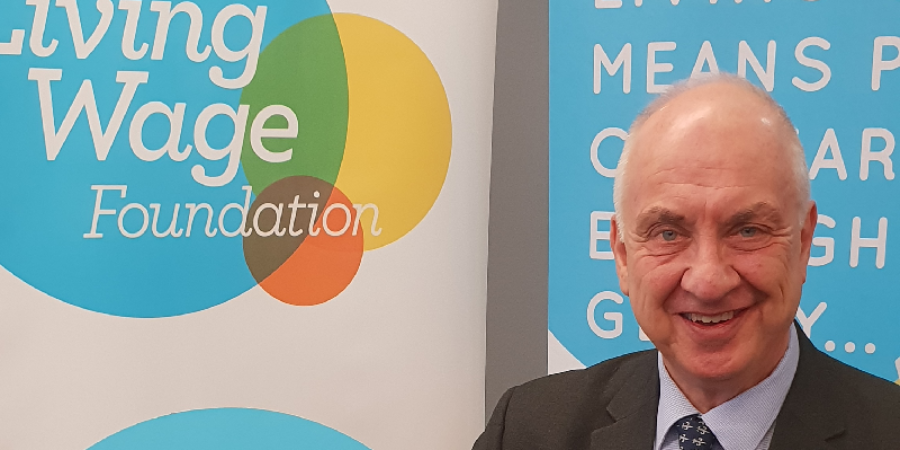 The West Midlands Police & Crime Commissioner David Jamieson today announced that they have been recognised as a Living Wage Funder, making him the first PCC to gain this mark. This commitment will see them ensure that the organisations their grants fund, pay their staff the Living Wage.

Living Wage Funders range from local authorities to charitable trusts and foundations, corporate, science and capital funders, and are committed to tackle low pay by encouraging and enabling the organisations they support to pay the real Living Wage.

In recent years, many organisations relying on grant funding have experienced a tough funding environment. Limited funding has had an impact on wages in the charity sector, with more than a quarter of workers earning less than a real Living Wage. Low pay is also prevalent throughout the West Midlands, with over half a million workers in the region earning less than they need to live on.

By making this commitment, the PCC is ensuring that the organisations receiving contracts and grants can pay the real Living Wage and in turn will help to tackle the huge problem the West Midlands has with in-work poverty.

For example, two of the organisations the PCC commissions for victims’ services are already Real Living Wage accredited employers – Birmingham and Solihull Women’s Aid and Wolverhampton Haven. This announcement will mean that more organisations are able to pay the real Living Wage.

“I directly commission services and give grants worth over £17 million a year to support victims and to prevent crime. This announcement confirms that I will ensure all funding from myself or West Midlands Police enables real Living Wage jobs.

“Fair pay at work doesn’t just help our employees but is good for the regional economy too. That extra money will boost businesses throughout the West Midlands, help to tackle exploitation and by eliminating poverty pay, we will also reduce crime.”

“We are delighted to recognise the West Midlands Police & Crime Commissioner as a Living Wage Funder. Recognising the first PCC office in the UK is a huge milestone for the scheme and will lead to pay rises for many people delivering services and projects that make the West Midlands safer and a better place to live. The leadership shown demonstrates a commitment to tackling the serious problems that low pay brings to our communities.

“Many organisations in the voluntary and community sectors are working hard to tackle social injustice and poverty; it’s only right that those committed to these roles are afforded at least the real Living Wage. Our research has shown that 26% of workers in the charity sector earn less than the real Living Wage, a much higher incidence of low pay than the UK average. We hope to see many more funders and public sector commissioning bodies follow the lead of the PCC and the other Living Wage Funders.”

John Hume, Chief Executive, People’s Health Trust, said:
“People’s Health Trust is pleased to welcome the West Midlands Police and Crime Commissioner as the latest funder to join the Living Wage Funder network. By becoming part of this rapidly growing scheme, they have demonstrated their commitment, as a funder, to working towards ending low pay in the voluntary and community sector.

“We want to see the Living Wage become the norm, and believe that funding organisations can lead the way in making this happen within the voluntary sector.”