Five Years On: What Police And Crime Commissioners Have Done For You 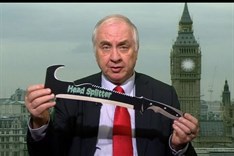 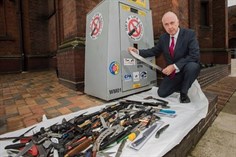 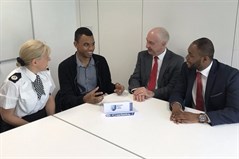 When I became Police and Crime Commissioner in 2014, following the sad death of Bob Jones, I ensured that it was my mission to make the very most of the role and to continue what I have spent much of my career doing, helping the people. I did this when I was a teacher as well as a member of Parliament and councillor.

I have ensured that West Midlands Police is a leading voice in many aspects of modern policing. Setting up the  country’s first Victims Commission, rolling out and supporting a mental health triage ensuring that nobody this year, no children and almost no adults have been detained in custody under s136 of the Mental Health Act, but instead received the support they required .

Some of the campaigns that I have led have had a national impact. The campaign to ban ‘zombie knives’ is something I am particularly proud of. These 18 inch blades with names such as ‘Head Splitter’ were something which were becoming increasingly common in the hands of young people, often children. They were available for purchase openly on the internet and in some shops and have the potential to do fatal damage to others. It was a successful campaign that saw a change in the law go through parliament.  I have supported weapons bins that have got hundreds of dangerous objects off the streets which has included several firearms. Following the 24 hour delays on the M6 in February 2016, I set up a hearing to find out what caused the problems and what would be improved. Following this there have been real improvements with how we deal with issues on our motorways.

I have also ensured that my office, and West Midlands Police, are fair when it comes to pay. Introducing the Living Wage to help the lowest paid, this is an independently set figure that is based on the cost of living in the 21st century.

We are well underway with recruiting the additional staff that I promised. The 800 more police officers, 150 PCSOs and 200 specialist staff will help to ease demand. I have also ensured that 999 call handlers have been able to cope with increased demand by recruiting more staff in their department. I have also ensured that police officers are working where the demand is on the increase such as domestic violence, child abuse and human trafficking. I recently launched the new West Midlands Police Cadets who will be out serving their communities very soon.

Recently I have been working with a wise range of organisations to join with me in having sensible discussions around substance misuse. This is a problem that is costing the West Midlands £1.4 billion a year just with regards to heroin and cocaine users. I am clear that agencies involved need to be working in closer collaboration to solve this problem and I will be holding a summit in December to discuss how best we can work together to find lasting solutions.