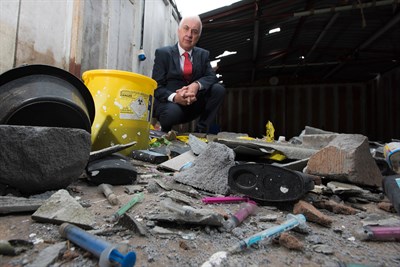 The government has backed the West Midlands Police and Crime Commissioner’s proposals to tackle drugs.

Responding to a question in Parliament, the Policing Minister Nick Hurd said: “The government welcomes the focus the West Midlands Police and Crime Commissioner places on drugs in his report entitled ‘reducing crime and preventing harm’.”

The written question to the Home Secretary was made by Grahame Morris MP who asked about the merits of the PCCs new drug policy recommendations.

The Policing Minister went on to say: “In most parts, the local approach outlined in the Police and Crime Commissioner’s report aligns with the Government’s vision.”

Officials from the Home Office have met with the PCC to discuss the recommendations in his report.

Commenting on the government’s backing of his plans, the PCC said: “I’m delighted my common sense proposals for drug treatment reforms are gathering momentum.

“We have been losing the war on drugs for a long time, but finally it seems that positive steps are being taken.

“I look forward to working closely with the government on real changes to the way we treat drug addicts”.

The PCC’s proposals to tackle drugs include: 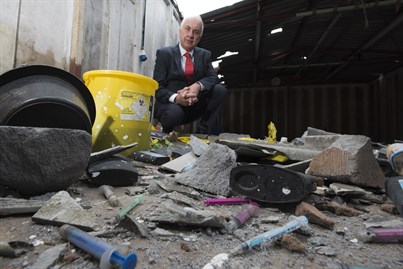 The proposals follow a  detailed report already published by the Commissioner on the cost of drugs to the West Midlands. It estimated that the cost of substance misuse in the West Midlands is £1.4 billion each year. Half of all burglary, theft, shoplifting and robbery is committed by people suffering from serious addiction to drugs including heroin and crack cocaine. Every three days in the West Midlands somebody dies from drug poisoning, while organised criminals are profiting from this misery.

There has also been a consultation and  wide-ranging summit that brought top politicians, health professionals and drugs experts together to find new ways of tackling the problem of drugs in the West Midlands.