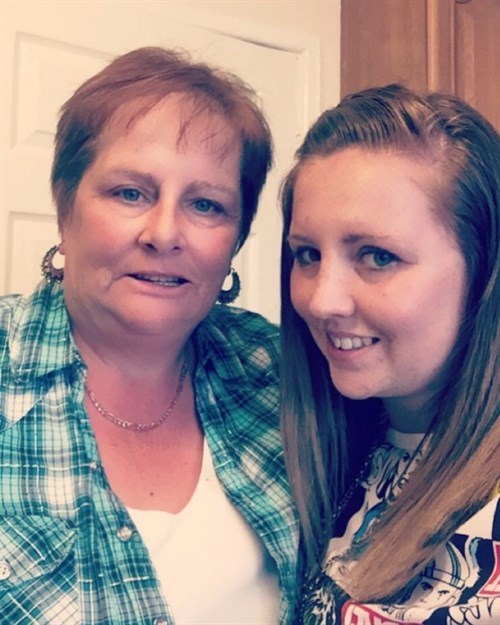 A heroic mother and daughter who saved a man’s life after he threatened to jump from a motorway bridge have been nominated for a West Midlands Police and Crime Commissioner Outstanding Citizens award.

Becki Peach and Hannah Matthews from Willenhall spotted the man hanging over the M6 bridge in Bentley Lane, Walsall, during a cold and wet night on December 2 last year.

Becki, a 46-year-old retired mental health nurse, and 21-year-old Hannah were returning from a shopping trip with they spotted the vulnerable man at 6.40pm. They pulled over immediately and stayed with him for the next three hours, offering him comfort and advice and acting as link between him and the police.

The motorway was closed off for the duration of the incident and the man refused to negotiate with anyone but Becki and Hannah. The pair were nominated for the PCC award – the winner of which will be announced at a glittering ceremony next month – by West Midlands Police, who praised their ‘great example of community spiritedness’.

Miss Peach said: “His first words to me were ‘why have you stopped?’ and I replied ‘it’s the kind of person I am – I can’t just leave you here can I?’. He turned to me and said ‘I’ve just had enough’ and we started to have a chat.

“I sat down next to him and said ‘think of your kids, they will grow up without a dad, and think of me, I’ll have to watch you jump. I’ll have to live with that’. Meanwhile, Hannah made contact with the police and then phoned my mobile from the cordon – she was the link between us and the police as he was very agitated whenever a police officer came near.

“It was raining, freezing cold and I needed my medication but I couldn’t leave him. We had a laugh and joke at times and I built up his trust.”

The ordeal came to an end when Becki managed to get the man to leave the bridge and he was taken to hospital.

Becki added: “Why did I stop that night? Because that’s the sort of person I am. I can’t bear to see anyone hurt. I’m a retired mental health nurse from Bloxwich Hospital so obviously my background helped – I had more knowledge to deal with the situation – but I’m still proud that I sat and helped someone. I am so proud of Hannah too. We worked as a little team.

“I was gobsmacked when I heard of the nomination for the Commissioner’s Outstanding Citizens award. Things like this don’t happen to people like us, they only happen to the Beckhams! I was like ‘wow’ and a bit overwhelmed. Everyone in our family is so proud of us.”

The winners of the Outstanding Citizens awards will be announced at the ceremony on July 13 at The REP in Birmingham.

West Midlands Police and Crime Commissioner DavidJamieson said: “This is our chance to say ‘thank you’ to those people who make the West Midlands a better place.

“What Becki and Hannah did was a truly selfless and admirable act and I was so impressed with their nomination, they were an instant addition to the shortlist. Good luck to them both.”