Humans of West Midlands Police: the stories behind the badge

A naïve teenager fighting the Gulf War; a multiple sclerosis sufferer standing up to stigma …and the challenges of pairing a police hat with an afro!

They’re just some of the talking points in a candid Humans of West Midlands Police project launched by the force this week (23 Oct) that sees officers open up on a range of issues both personal and professional.

Inspired by the hugely popular Humans of New York (HONY) photoblog – which has more than 18-million Facebook likes – the campaign aims to capture the individual behind the West Midlands Police badge.

The series starts with profiles on six employees from minority ethnic backgrounds – part of the force’s Black History Month celebrations – but will continue by shining a spotlight on officers and staff from all areas of police life.

The event focussed on the need for West Midlands Police to have a diverse workforce that looks like the people it serves and how recruitment and retention of BME staff can continue to be improved. 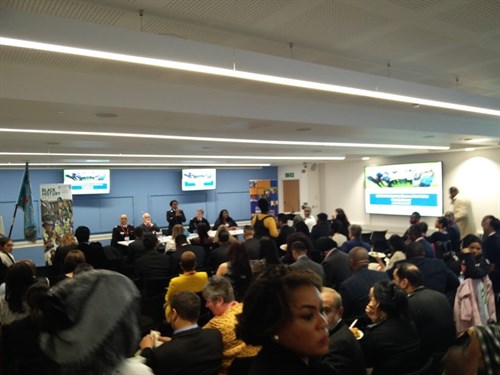 Police and Crime Commissioner David Jamieson and Chief Constable Dave Thompson took part in a question and answer session on: “What can West Midlands Police do to fully embrace Positive Action and increase BAME representation in the workforce?” They were also joined on the panel by Jason Campbell, West Midlands Fire Service’s strategic enabler for prevention, Joan Campbell from Community Vision and Chief inspector Karen Geddes, Chair of BAPA.

The innovative Humans of WMP will continue across the force’s Facebook  and Instagram  channels and be archived in a special section on the West Midlands Police website. 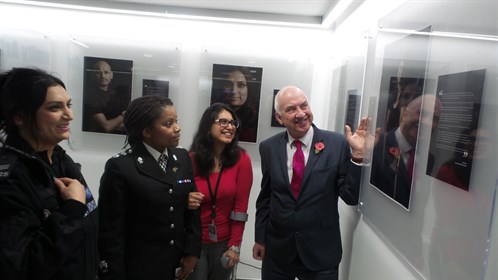 Chief Constable Dave Thompson, said: “I think people tend to see us collectively as ‘the police’ – one entity that think, feel and behave the same. But of course the West Midlands Police badge is what unites a wide cross-section of people, from all walks of life, and all with very different experiences and stories to tell.

“What we’re hoping to show with Humans of WMP is the diverse range of people who work collectively to keep the public safe. Some will be poignant, revealing, emotional…others funny.

“I hope people find the first five profiles in our collection an interesting read and we look forward to sharing more Humans of WMP stories soon.”

Police and Crime Commissioner David Jamieson, said: “Individuals from a variety of backgrounds make West Midlands Police what it is. This exhibition shines a light on some of the individuals’ stories within the force.”

“We are starting to see a real uptake in the numbers of BME recruits (27%) in the most recent cohort of recruits. This is a promising step in the right direction, but there is still much work to do.”