Hundreds offered the chance to turn their back on drugs 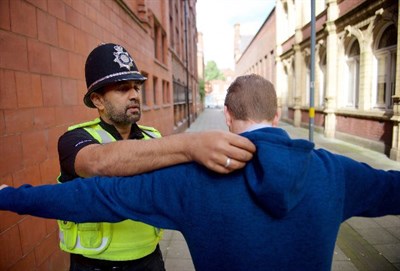 Hundreds of people caught by police in possession of illicit drugs for personal use have completed a drug awareness course since it launched just over 6 months ago.

The DIVERT programme, which is funded by the West Midlands Police and Crime Commissioner Simon Foster, allows those caught in possession of illicit drugs to avoid a criminal record if they enrol on the drugs course. Drug producers, suppliers and dealers are not given the same opportunity and are dealt with using the full force of the law.

It is designed to help raise awareness of the dangers of substance misuse and enable people to deal with any underlying issues that are contributing to their illicit drug use.

Since October last year 423 people have completed the DIVERT programme.

Normally when people are found with drugs in their possession they are taken to court. Some will end up in jail. However, this scheme offers individuals, who meet the criteria, an alternative that is designed to help them turn their backs on drugs and educate them about the harms they can cause.

It is specifically aimed at low level or first time offenders who are not thought to be causing harm to others. Nine out of ten people who used the DIVERT programme since it launched last year were caught with cannabis.

Drug use in the West Midlands is thought to cost the taxpayer £1.4 billion a year and destroys hundreds of lives. It also fuels crimes like burglary and shoplifting.

The initiative, which is voluntary, is offered to people who police think could benefit from some support and education. However, drug producers, suppliers and dealers are not offered a chance to access the scheme and are instead brought to justice for their crimes.

The DIVERT programme is being offered across the entire 7 boroughs of the West Midlands urban area.

“The truth is that if we can get people to turn their back on illicit drugs then we eliminate the market established by organised criminals.

“It’s important to reduce harmful drug use to improve people’s health, but if we can reduce illicit drug use then we will also reduce the crimes associated with this illegal industry.”

Arron Owen, Cranstoun’s National Lead for Criminal Justice: “We are pleased to see our DIVERT course being used so well in the West Midlands.

“Cranstoun believes in the use of diversionary services and the benefits of harm reduction and early intervention.

“Our partnership with the West Midlands PCC and West Midlands Police will ensure this service goes from strength to strength and we hope to work with more regions to take DIVERT across the country.”