Kids helped off the street thanks to football cash 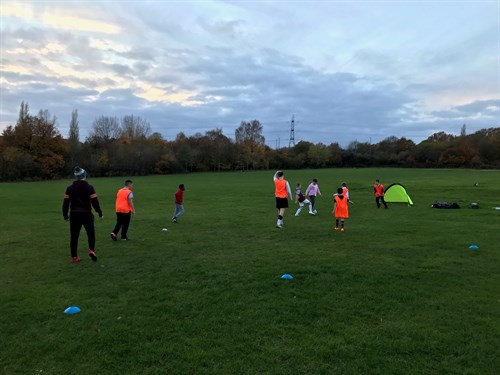 The West Midlands Police and Crime Commissioner is funding a local football project which aims to reduce crime and anti-social behaviour in Birmingham.

David Jamieson is using money seized from criminals to pay for kit to enable young people to train in the Quinton area.

It’s hoped the scheme will encourage young people to take part in a positive activity.

The PCC has provided £1,500 to the Quinton Youth of Christ organisation. The money comes from the Active Citizen Fund. This funding must go to community projects and cannot be spent on recruiting officers. Communities can bid for the cash all year round if they believe they have a project which can reduce crime.

The grant has paid for bibs, cones, goal posts and balls. Football practice takes place every Tuesday between 3.30pm and 5.00pm at Highfield Recreational Ground.

Playing football gives young people the opportunity to build new relationships as well as diverting them away from anti-social behaviour.

The West Midlands Police and Crime Commissioner, whose job it is to oversee the areas police force, said: “Local projects like this are key to increasing community engagement.

“They offer young people the chance to come together and play sport.

“I believe this scheme will have a direct impact on reducing anti-social behaviour in this community because most young people have nowhere to go and this will change that.”

The initiative also provides a safe place for children to play sport and enables them to learn about being healthy and active.

The project, which is still in its infancy, will also use the Commissioner’s investment to hire a football pitch on a weekly basis. There are plans to expand the scheme by reaching out to more young people in the Quinton Ward area and anyone who wishes to take part should get down to Highfield Recreational Ground.

Ben Crouch is the Centre Director and he says: “Quinton has a serious problem with anti-social behaviour and this is because young people quite simply have nothing to do.

“By giving them the chance to come and play football they have the opportunity to be a part of a project and not out on the streets”.