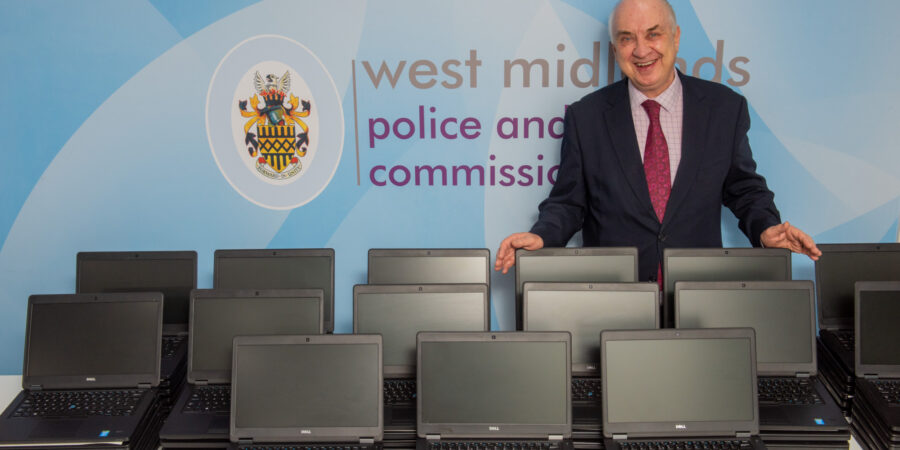 The Police and Crime Commissioner has approved the donation of around 700 decommissioned police laptops to help young people in the region without access to a computer.

The move is designed to make sure all children can catch up at home on missed work as schools reopen.

Poorer pupils are less likely to have access to the technology needed to learn from home during the pandemic and many are thought to have fallen behind.

Over the coming months the laptops will be given to pupils in the region to help them with their education and to allow them to catch up on the schooling that they may have missed out on.

The laptops have been offered to schools in areas with the greatest need. Many of the schools the PCC already has strong links with thanks to his police cadet scheme.

All of the laptops being donated have reached the end of their usable life for West Midlands Police, but are suitable for educational purposes. Now, all of the devices will undergo a thorough process of wiping all data from them and ensuring that they are ‘clean’ before they are delivered to schools.

The West Midlands Police and Crime Commissioner David Jamieson, announcing the donation of the laptops, said: “I’m delighted that we have been able to donate these laptops to those in the region who desperately need them to complete or catch up with their education.

“I know only too well, having been a head teacher in inner-city schools, the difficulties that young people can face. The pandemic has presented a new level of challenge for pupils and teachers and for those without access to technology this may have had a severe impact on their learning.

“Even when schools reopen, this issue of digital poverty will remain.

“It is good that we have been able to take advantage of our links with schools because of our cadet programme. That’s helping us roll out the laptops quicker than it ordinarily would.”

The laptops will be rolled out to schools in the region over the next few months to allow pupils to catch up over the summer. The first school to receive their laptops is Holly Lodge High school in Smethick. It’s Head Teacher is Paul Shone, he said: “These laptops will make a real difference to our pupils.

“For some children working from home is more of a challenge than for others as they simply don’t have access to the technology they need to work remotely.

“There is a lot of catching up for children to do over the next few weeks, months and years and gestures like this from the Police and Crime Commissioner are most welcome.”