A finger print scanner, robodog and safety watch may all sound like gadgets befitting the next James Bond film, but they are in fact all ideas to increase personal safety and reduce crime submitted by pupils from across the West Midlands.

Earlier this week year nine pupils from eight schools battled it out to be crowned the West Midlands Police LionHeart Challenge champions, with Sandwell’s Q3 Academy now set to represent the region on the national scale.

The judging panel was impressed with the ten pupil-strong team’s idea of an all seeing, all hearing GPS tracker, which they felt stood out from competitors and met the brief of designing a product, service or device that could maximise personal safety for young people. 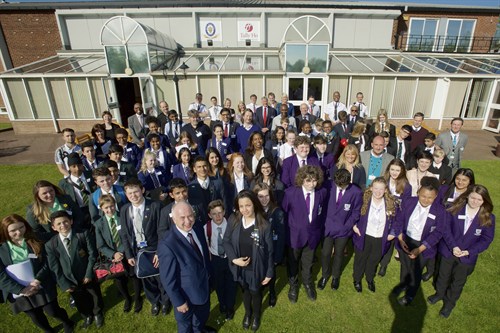 West Midlands Police and Crime Commissioner David Jamieson, who helped to fund the LionHeart Challenge, said:  “Bringing young people into contact with the police to work together constructively breaks down barriers and improves relationships. Projects like this empower young people to build stronger, safer communities. The young people will be working with local business people and the police to design and create a leading edge product which will have a ground breaking impact on improving personal safety.

“The LionHeart Challenge has already seen successes working with young people elsewhere in the country, and is the reason why I decided to allocate POCA (Proceeds of Crime Act) funding for it to be brought to the West Midlands.

“It has demonstrated that it has a cost-effective impact on improving community safety and increases the trust and confidence that young people have in the police.

“I was delighted to present Q3 Academy, Sandwell with the prize for winning the LionHeart Challenge. The truth is that all of entrants were winners and will have taken much away from this important project.

Superintendent Keith Fraser, who led the challenge for the force and also sat on the judging panel, said:  “It may sound like a cliché but everyone who competed in the challenge can be incredibly proud of their achievements.  Throughout the course of the challenge 1,600 pupils have proved great ambassadors for their schools and their generation as a whole. The primary aims of this pilot were to increase the trust and confidence that young people have in the police and reduce youth related violence.

“From a policing perspective working with the schools has been incredibly interesting and allowed us to see how the pupil’s designs reflected the safety issues they prioritised.  It was also intriguing to see what they thought a suitable solution was.

“At the same time it was also important to appreciate that solutions to life’s problems don’t always require a new gadget or gismo, some can be achieved by a greater link between the police and our communities – something I think this challenge will achieve.” 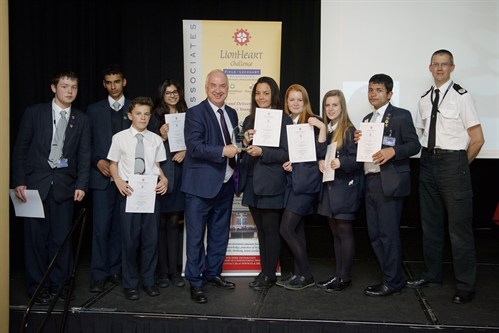