Lloyd House, the headquarters of West Midlands Police, will be temporarily closing for refurbishment works on Monday 8 September. 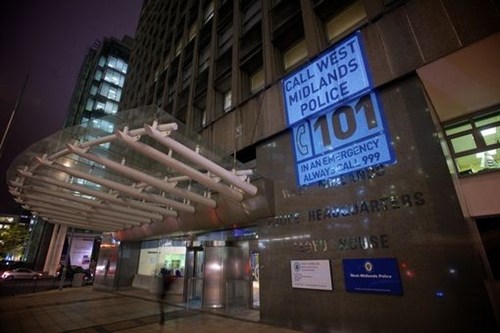 The work is scheduled to be completed by autumn 2016, with staff gradually moving back into the building from summer 2015.

The Birmingham building has been the force’s headquarters since 1974, supporting approximately 800 staff from a range of departments.

The building is undergoing a full refurbishment and has been emptied in order to complete the renovation in the most efficient and cost effective way.

As part of these works, staff have been relocated to temporary sites across the city centre.

West Midlands Police and Crime Commissioner, David Jamieson, said: “The closure of Lloyd House for refurbishment is an important step for the force. It allows the rationalisation of the Birmingham city centre estate that will yield large savings and enable us to provide a better service to the public.

“The office of the police and crime commissioner remains as easy to contact as previously. Anyone can contact us via our website, www.westmidlands-pcc.gov.uk/contactor by phone on 0121 626 6060.”

Richard Meffen, programme lead for the force, said: “This is the most extensive refurbishment programme West Midlands Police has undertaken, enabling the force to modernise office space to allow more flexible, fit for purpose and cost effective working environments.”

During the refurbishment, the public reception of Lloyd House will move to Birmingham West and Central police station in Steelhouse Lane, a short walk away.

The office of the Police and Crime Commissioner has been relocated to Aqua House on Lionel Street.

The newly refurbished building will accommodate over 1,100 members of staff, allowing significant savings to be made, due to the consolidation of city centre leasehold premises.