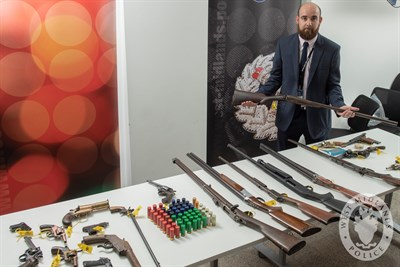 More than one hundred weapons have been handed into police during the latest firearms surrender in the West Midlands.

The surrender ran from Monday 14 May for two weeks and was then extended for a further week following a spate of shootings, including the murder of 22-year-old Taimoor Zaheer on 22 May.

There were 34 lethal weapons handed in, along with ammunition, imitation firearms and dozens of air weapons – bringing the total number of items surrendered to 116.

West Midlands Police and Crime Commissioner David Jamieson added: “Guns ruin lives and have a devastating impact on the communities of the West Midlands.

“Every weapon handed in is potentially a life saved. The region is a safer place with these weapons no longer on the streets, as there is always the potential they could fall into the wrong hands.

“For everybody who decided to hand in their weapon may I say a big thank you. You have done the right thing.

“This surrender is just one of the measures West Midlands Police and I are taking. I am investing in mentoring schemes, gang mediators and projects to divert young people away from crime.”

All of the weapons seized will now be forensically tested before being destroyed.

months after our last firearms surrender which saw 245 weapons handed in, this is a significant result and shows that there are still firearms out there which could be lethal in the wrong hands.

“We are continuing our crackdown on violent crime using Section 60 powers, which allow us to stop and search anyone we think may be involved in criminality and violence.

And we are continuing our work with young people who may be on the cusp of becoming involved in gang culture through our ‘Precious Lives’ project where thousands of schoolchildren have seen a hard-hitting presentation on the dangers of carrying weapons.”

Anyone with information about the whereabouts of firearms, please call us on 101 or Crimestoppers anonymously on 0800 555 111. 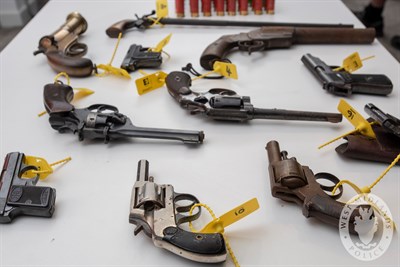