My Experience of Custody Visiting – Harry 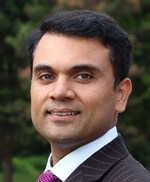 Having spent almost six years as a volunteer, Harry is one of our more experienced custody visitors. Here he tells what first attracted him to the role and why he still relishes being a part of the team.

I was approached by a colleague about joining the custody visiting scheme in autumn 2009, I was told I would find it a really positive experience, as well as being of great benefit to the community. Having never seen the inside of a police cell before, curiosity lured me in.

After initial training I began carrying out visits in the Birmingham Central region in late 2009. The custody visiting team at Birmingham Central is particularly busy and, as such, I undertake a visit every two to three weeks. It has been a steep learning curve at times but I have risen to the challenge which in turn has aided my own personal development.

Custody visitors work in pairs and we always arrive at a police station unannounced. Within a few moments we are given access from the front office to the custody block. Our primary role is to ensure the welfare and correct detention of detainees is maintained. Occasionally we have had some ‘interesting moments’, but by and large it has been the most valuable and pleasing voluntary role I have ever undertaken. The sense of giving back to the community is undeniably a strong motive for becoming a custody visitor. There is also a great sense of pride. We receive an ID badge with the logo of the Police and Crime Commissioner so it is a very responsible role which I am honoured to undertake. I feel quite privileged to be a volunteer and, after all, how many of your friends can say they have unfettered access to police cells!