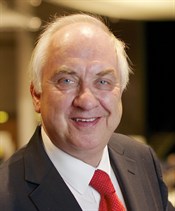 Newly elected West Midlands Police and Crime Commissioner David Jamieson will tomorrow (Thursday 28 August) attend the launch of the sixth knife bin in the West Midlands placed by London-based charity Word4Weapons.  This bin is the product of a community campaign led by the Sampson Road Residents Association, who have organised this launch.  Deputy Police and Crime Commissioner Yvonne Mosquito is also attending the launch.

The bin – located in Aldi Car Park, Stratford Road, Sparkbrook – is part of a community-led response to concerns about knife crime.

Speaking about the launch, David said, “I’m delighted to have been invited by Sampson Road Residents Association to support the launch of this knife bin.  Knife crime and violence against young people was raised with me many times during the campaign.  People should be reassured that serious knife crimes are rare, and we’ve seen big reductions in knife crime over the last decade.  However, incidents, when they happen, come with searing tragedy and horror, especially as we think of young lives cut short.  The recent death of Ikram Khan reminds us in the worst possible way of how awful such crimes are, and I know that the community in Sparkbrook is united in supporting this bin so as to prevent further tragedies.  If the bin takes a knife off the streets that would have been used in a crime, or reminds people of the terrible consequences that knife crime can bring, it will have been worth it.  Sampson Road Residents Association and Word4Weapons should be applauded for the great work they are doing.”

The knife surrender bins form a part of a wider program supported by West Midlands Police including: