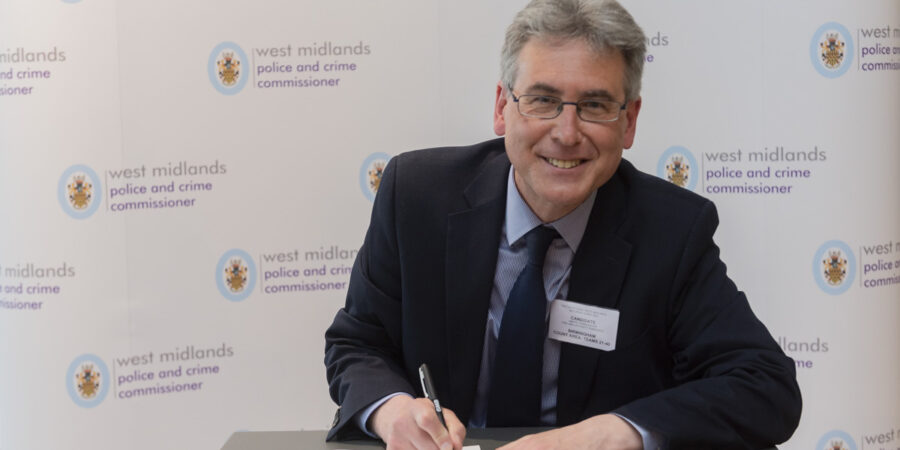 Our regions new Police and Crime Commissioner says he wants to hear from the people of the West Midlands so their views can help shape his new plan for policing.

Simon Foster was elected last week, but under law has now formally taken on the powers of the PCC role.

The Commissioner will draw up a new Police and Crime Plan to set out the people’s priorities for his three year term of office. The plan is a legal document required by law. To help shape the plan the PCC wants to hear the views of the public and other agencies on what their priorities are.

A PCC’s term is normally four years, but the pandemic delayed last May’s voting by 12 months.

Simon Foster has already committed to ensuring 450 new police officers are recruited and deployed to local communities across the region. He also wants to crack down on knife crime and domestic abuse. But his Police and Crime Plan will set out a much wider range of policy objectives and the PCC wants to hear the views of the public before writing it.

Simon Foster has repeatedly said he wants to be a People and Communities, Police and Crime Commissioner.

PCC’s are responsible for setting the police budget and have the power to raise some funds through Council Tax, but most of West Midlands police’s budget comes from central government. Over the last decade that budget was cut by £175 million and saw the number of officers at the force shrink by a quarter.

The newly elected Police and Crime Commissioner of the West Midlands, Simon Foster, is calling for members of the public and organisations to let him know what their priorities are for policing in the West Midlands.

People and organisations can submit their views by clicking here.

“I have pledged to recruit 450 police officers and to place them in local communities across the West Midlands. I will also fight violent crime and domestic abuse.

In order to truly understand what change is needed, I believe it is crucial for people to tell me exactly what problems and concerns they have, so the policing plan becomes a “People’s Plan.”

Ahead of a wider full consultation, the PCC is asking people and organisations for an initial call to evidence lasting four weeks, ending on 10th June 2021.

The PCC is calling for views and evidence on the main themes he set out in his manifesto:

Better policing for all

For a more accountable police and crime commissioner

The consultation closed on June 10.