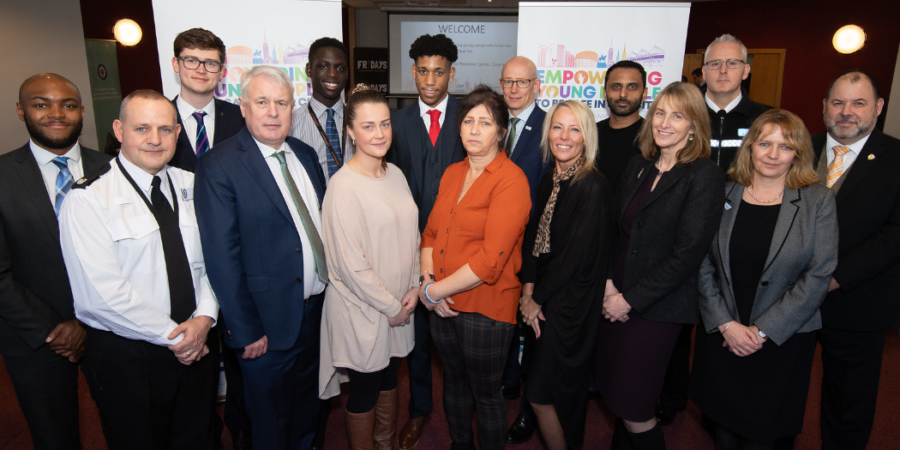 Agencies in Coventry will be setting out a strategy next week to expand the work currently underway to tackle violent crime in the city.

On Wednesday 15 January (12pm to 4.30pm, Coventry Welcome Centre) dozens of organisations, community groups and campaigners will be highlighting the work that they are doing to address violent crime.

A youth violence prevention board has been meeting regularly to bring more organisations together.

He added: “Obviously we’ll take firm action against anyone linked to violent crime in the city. Last year we achieved some notable successes: significant arrests, weapons and drugs seizures, and out-of-city placements for 15 men linked to gang crime. These were removed from Coventry – with three taken out of the UK completely – in order to diffuse tensions and protect the public.

“However, we can’t police our way out of this problem and that’s why we now have a broader approach. All agencies are looking at this by working with families, schools, and communities; it’s a public health approach which focusses first and foremost on prevention and safeguarding our young people.

“In the past 12 months we have had funding for many projects but we now want to set out a long term strategy.”

Paul Green, Headteacher, Lyng Hall School and Chair of the Secondary Education Partnership, said: “The overwhelming feedback we get is that young people feel safe in school, and more importantly there are more and more examples of older teenagers taking responsibility.

“In cases where we do have some concerns about the wellbeing of our students we have regular schools panels, where together with the police, we discuss and follow up on any issues early on.

“The more that we do an effective job in the school environment the more likely that our young people will carry those values with them and want to be part of a movement that positively brings people together.“

Agencies including Positive Youth Foundation, Catch 22, St Giles Trust, the Council, West Midlands Police, City of Culture Trust, schools, faith groups, campaign and community groups are all working as part of a co-ordinated effort to help children and young people shape the way the issue of violence is addressed.

Rashid Bhayat, Founder of the Positive Youth Foundation in Coventry, and also a Trustee of the City of Culture Trust, added: “Violent crime is devastating for the victims, their families and friends. We must do more to understand how a minority of young people have ended up in these circumstances and respond with challenge and support in equal measure. Violence affecting young people is complex in its nature, there is no one single answer to resolve it when it includes factors such as exploitation and adverse childhood experiences.

Partner organisations from across the city are working together to try to respond to the need. Young people themselves have been strongly involved in driving forward positive messages and support to their peers.

He said: “We must always keep in mind that the vast majority of young people in Coventry are doing very positive things for their communities and our city at large.

“This includes over 100 young people volunteering to become Youth Ambassadors over the past twelve months, supported by 110 community members from across the city who are being trained up to become Community Mentors.”

In the past 12 months the city has brought in £1m to tackle violence in Coventry.

Cllr Abdul Salam Khan, Cabinet Member for Policing and Equalities, said: “Our approach in Coventry recognises the role everyone has and starts with safeguarding young people.

“We recognise that the police cannot tackle this alone and twelve months ago we held a summit to bring agencies together.

“Since then we have been making progress; bringing in funding for innovative projects and building on the good community and schools work that was already in place.

“We know that there is overwhelming commitment to preventing violent crimes happening in the first place.”

The West Midlands Deputy Police and Crime Commissioner, Ashley Bertie, said: “Since 2012, we have seen an increase in violent crime across the region and Coventry is not immune.

“A multi-agency public health approach to tackling violence is needed, which is why we have set up the Violence Reduction Unit. The VRU was established to tackle the root causes of crime and, in the process, reduce the number of victims and perpetrators.

“We have been investing in a variety of initiatives across Coventry and the rest of the West Midlands, including activities for young people, mentoring schemes and youth workers in A and E departments to help break the cycle of violence.

“The Coventry Youth Violence Prevention Board will be key in bringing together agencies from across the city, to ensure the problem of rising levels of violence is tackled by all.”

The Bishop of Coventry, the Right Reverend Dr Christopher Cocksworth, said: “Violence among young people is one of the most pressing and distressing issues facing Coventry today, but there’s hope to be found.

“There’s hope in the creativity and resolve of young people themselves, hope in the leadership of our statutory bodies, and hope in the compassion of the third sector.

“There’s also hope to be drawn from the churches and other faith communities in Coventry who have much to offer. I’m excited to be part of a new initiative, to be launched at next week’s Summit, that has a vision to create safe spaces for young people in places of worship across our city.”