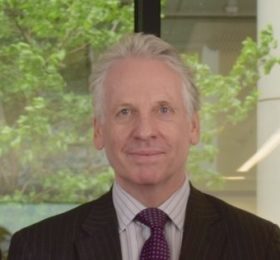 A Solihull man who helps oversee the running of West Midlands Police has been recognised in the Queen’s New Year Honours.

Brendan Connor from Berkswell is one of a small number of people who work alongside the Police and Crime Commissioner to ensure the force is well run and accountable to the public.

Brendan has given up much of his life to public service and has now been recognised with an OBE.

As well as acknowledging his tireless work in the region for organisations like the police, the Order of the British Empire specifically recognises his 6 years as Chair of Trustees at the Midlands Air Ambulance Charity.

Between 2012 and 2018 he helped the organisation become fully independent, as it moved away from NHS control.

Crucially, during this time, he kept the region’s 3 air ambulances flying amid a period of financial uncertainty by helping the organisation raise £10 million per year to stay afloat. Whilst Brendan was Chair of Trustees the charity purchased two new helicopters and leased a third. Those helicopters went on to save hundreds of lives.

Brendan is also a serving magistrate and trustee of several charities.

Having previously run large engineering firms in our region and the Formula One giant – Cosworth Racing – Brendan’s role at the Midlands Air Ambulance Charity would appear to have been a perfect fit.

Commenting on the OBE Brendan Connor, said: “It is a huge honour to receive this award. It was a privilege to be Chair of Trustees at Midlands Air Ambulance Charity. However, the community of the West Midlands should be equally proud of its fundraising efforts which kept the service flying and saved so many lives every year”.

“What I admire about Brendan is his forensic approach to work, his attention to detail and the fact he doesn’t shy away from asking the tough questions that are sometimes needed to drive improvements within an organisation.

“I’d like to place on record my gratitude to Brendan and congratulate him for on receiving an OBE.”