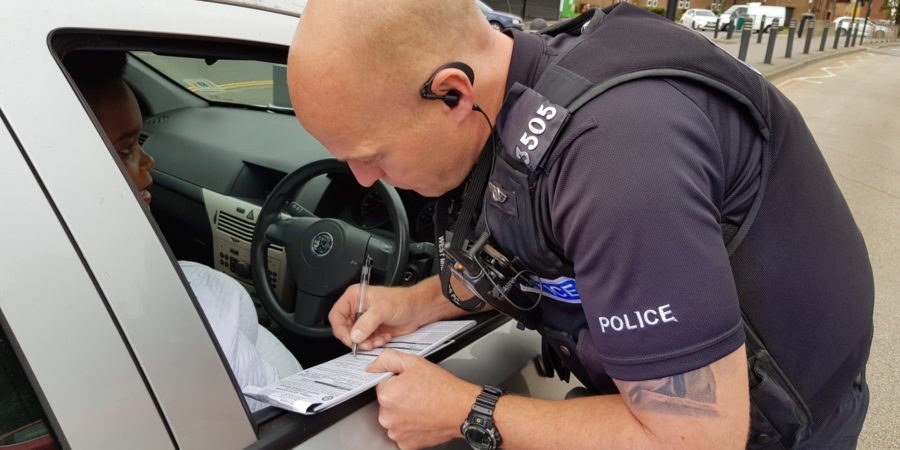 Reckless drivers who use mobile phones at the wheel risk prosecution thanks to a new West Midlands Police road safety scheme in which officers film offenders from buses.

Operation Top Deck has been launched by the force’s Road Harm Reduction Team and sees plain clothes officers equipped with video cameras peering down at passing motorists on the lookout for distracted drivers.

Information is radioed to police bikers who divert offenders to a designated site where they are given an educational input, including a hard-hitting, virtual reality video highlighting the potentially devastating consequences of using a phone while driving.

It’s the first operation of its kind in the UK and follows other initiatives introduced by the unit – including Operation Close Pass, targeting motorists who endanger cyclists – which have been embraced by police forces across the country.

Bus passengers can also support Op Top Deck – a joint project with National Express and Transport for West Midlands – by supplying their own video evidence of offending drivers via a dedicated self-reporting site on the West Midlands Police website.

PC Mark Hodson said: “Using mobile phones while driving is proven to be as dangerous as drink driving; it can devastate lives and people need to understand this isn’t acceptable. We want to create a credible, constant threat of prosecution to induce wholesale driver behavioural change and make our roads safer.

“The buses are ‘borrowed’ from National Express and will look like any other bus in service – but they will be driven by Safer Travel officers who are qualified bus drivers and the passengers will be police officers or PSCO’s  equipped with video cameras.

“Buses give us a perfect vantage point into cars and also the cabs of lorries and trucks. Offenders will be given a roadside educational input on the dangers of distracted driving and also face the prospect of a hefty fine plus six points on their licence.

“We will look at particular circumstances but there will also be some drivers, ones who’ve been particularly reckless, who we will charged and take to court.”

Thirteen of them – ones who were using devices in stationary traffic – were given an on-the-spot education input on the dangers. Their details were taken and they face prosecution should they be caught a second time.

The rest face the prospect of a £200 fine and six licence points adding to their licence.

One man was caught using his phone while on route to a speed awareness course, while a woman was prosecuted for driving without due care and attention after officers found her eating from a bowl of cereal in her lap. A disqualified driver was also pulled over and arrested.

PC Hodson, said: “The launch run was really successful – and have shown that despite all the warnings and public safety messages there are still drivers who can’t resist picking up their phone at the wheel.

“Most offenders were reading or sending text messages…being online and staying in touch seem to get in the way of people’s driving. It’s simply not worth the risk of causing a collision or potentially being banned from the roads.

“Our plan is to ‘up-skill’ neighbourhood PCs so that whenever they’re on a bus they can use their mobiles to film offenders and secure prosecutions. All officers have a part to play in policing the roads, not just specialist traffic officers, and we’re always looking for opportunities to use our resources more efficiently to tackle road safety issues.

“Everyone needs to pull together to show that using phones while driving must stop…we need to make it socially unacceptable persistent offenders need to recognise that they run the very real risk of prosecution.”

Between April 2017 and March 2018, a total of 990 people were killed or seriously injured on roads in the West Midlands – during the same period 1,251 drivers were prosecuted for using phones at the wheel.

West Midlands Police and Crime Commissioner David Jamieson, who brought in the original ban on driving while on a mobile phone back in 2003 as a Transport Minister, added: “The reason the ban was introduced was to keep the public safe.

“Motorists who use their mobile phone while driving are four times more likely to crash. This campaign is about saving lives.

“Those who continue to use their mobile phones whilst driving are in a minority, but they put the lives of every road user at risk.

“I am glad West Midlands Police are leading this campaign. It will help us stop drivers who choose to endanger not only their life, but the lives of other drivers and pedestrians.”