On 22 August  West Midlands Police and Crime Commissioner David Jamieson will have served a year in office. He has marked the occasion by writing about his experiences of the last 12 months and his plans for the future. 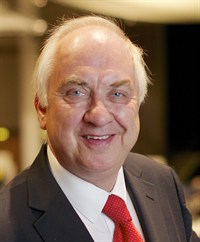 It is now a year since I was elected as Police and Crime Commissioner. In the last year we have had some notable successes and driven important changes to policing in the West Midlands, but we have also faced many challenges, most notably the disproportionate cuts to our funding which the independent National Audit Office has confirmed are nearly twice as high as areas such as Surrey.

Despite those continued disproportionate funding cuts, West Midlands Police has responded to big operational challenges such as party conferences, EDL and other protests, and is adapting to new priorities such as cyber-crime and ‘hidden crimes’, including Domestic Abuse, Child Sexual Exploitation and Female Genital Mutilation. We have been successful in reducing ‘traditional crimes’, such as burglary and drugs offences, but as demand has reduced in those areas it has increased elsewhere. Crime really is changing not falling. That changing face of crime is one of the big challenges that I will be working on going forward.

Over the last year we have had some significant achievements which I am very proud of. To reduce violent crime at its source I have invested in a new partnership with the health service – the first of its kind in England – which will identify and support victims out of the spiral of violence. To tackle crimes such as domestic violence, child abuse and human trafficking we have increased the number of people working in the Public Protection Unit from 300 to over 800.

To make sure that victims are at the heart of everything I do I have established the country’s first Victims’ Commission, taken over responsibility for delivery and am putting in place a series of specialist services.

Stop and search has been a big issue for some of our communities, but we have led the way nationally by mapping all of our stop and searches to improve transparency and have also established Community Scrutiny Panels in each local area. Whilst there is still much to do in this area we have reduced the number of stop and searches whilst increasing the number of positive outcomes.

To protect officer numbers I have continued to recruit and this year we welcomed 162 new officers onto the force.

I am proud of the achievements of the last year, but there is more I want to do. Making sure that the police play their full part in driving the region’s economy and reducing offending is a top priority. The continued improvement of victims’ services is also key. I want to make sure that vulnerable people have all the support they need after a crime. Bringing previously ‘hidden crimes’ such as child sexual exploitation out into the open is crucial and I will continue to work hard to make sure that such crimes are tackled robustly and thoroughly.

In the coming months I won’t let-up in the fight for fairer funding and will continue to battle and cajole government at every turn to make sure that the West Midlands gets its fair share.

And later this year I will appoint the next Chief Constable of West Midlands Police to work with me to drive the change we need to continue to make the region a safe place to live and work in.