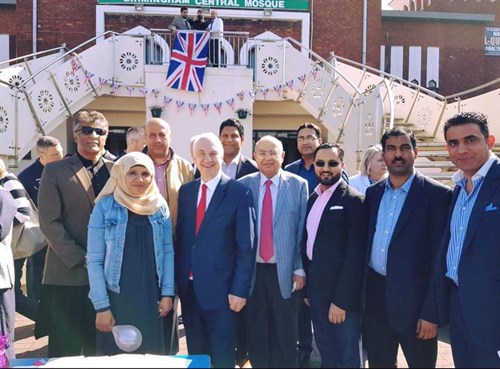 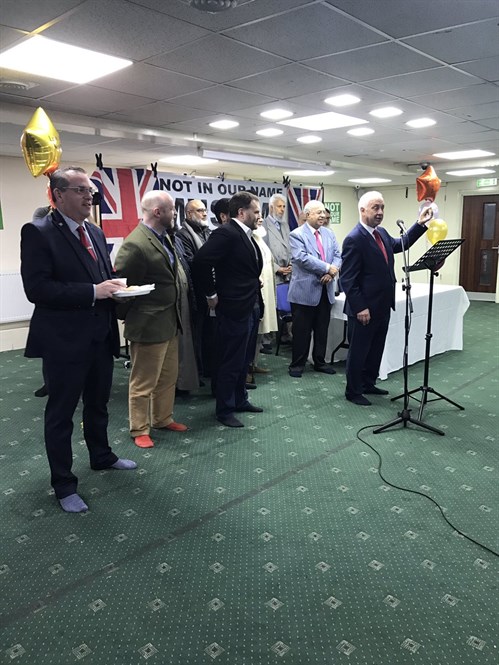 The ‘Best of British’ tea party was organised by the mosque and Police and Crime Commissioner David Jamieson in answer to the EDL protest.

On April 8, set to a backdrop of Union Flags and red-white-and-blue bunting, the mosque opened its doors to all and served tea, coffee, scones and samosas.

People from all faiths, races and religions attended to enjoy a cuppa and a chat with their neighbours.

West Midlands PCC David Jamieson said: “Those of us at the tea party gave the cold shoulder to the EDL and counter demonstrators and enjoyed a quintessentially English tea party.

“Those protesting were overwhelmingly made up of people who live outside of the second city and have no idea of our communities or way of life. I fail to see what they added to the conversation but respect their democratic right to protest and air their views.

“But on Saturday, Birmingham showed the real British values of tolerance, unity and good humour. People of all faiths came together over a cup of tea and cake to show that we’ve got much more in common than divides us.

“Far more Brummies were at the Central Mosque than the EDL’s protest.”

Muhammed Afzal, chairman of Birmingham Central Mosque, added: “We loved that the focus of Saturday was our tea party rather than the protests going on elsewhere. Our mosque is always open to all and we thought the best response to the demonstrations would be to invite our neighbours round for a cup of tea.”

Liam Byrne MP for Hodge Hill said: “This is how we protest – by celebrating the quiet miracle of a normal life and the things that we love most about our city and our country. 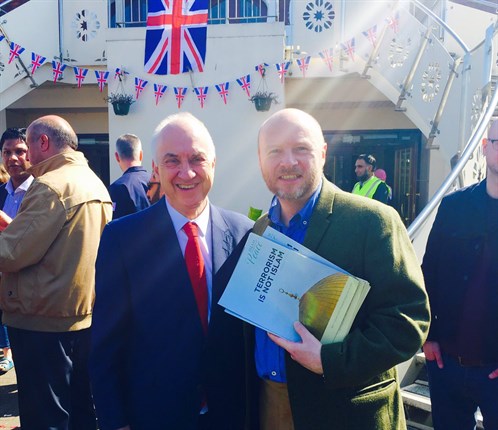