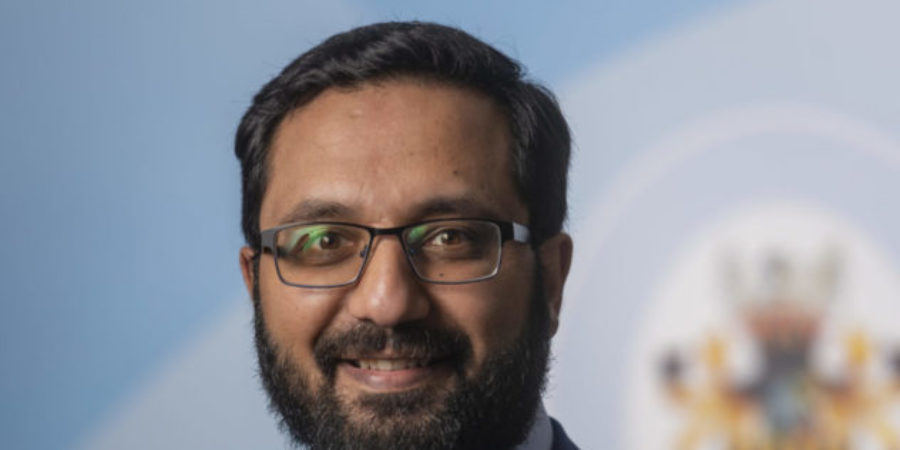 Waheed, has served for one year as an Assistant PCC and three years on the Strategic Policing and Crime Board.

His nomination will go forward to the West Midlands Police and Crime Panel for consideration at its next meeting. Deputy Police and Crime Commissioner appointments have to be confirmed by the Panel.

Ashley Bertie is stepping down as Deputy Commissioner to take up a major role with national campaigning group 38 degrees, as their Head of Campaigns. The changes will come into effect on 1st May.

David Jamieson said, “I am pleased to announce Waheed’s nomination to become the Deputy Police and Crime Commissioner. Waheed has made a huge contribution to West Midlands Police with his work to improve and increase recruitment to make sure the force looks more like the people it serves and is currently challenging national agencies to reform and improve the way that fraud is investigated.

“In various roles over the last five years and as Deputy Commissioner for the last year, Ashley Bertie has given dedicated service. Ashley has championed young people, taken a lead on the gangs and violence agenda and supported my work on drugs. I wish him well for the future and expect to be seeing much more from him in the years to come.”

Proposed Deputy Police and Crime Commissioner, Waheed Saleem said, “I am delighted to be given this opportunity. Some of the areas I will be focussing on are recruitment, to ensure that we are utilising the talents of all our communities in West Midlands Police, tackling the growing rate of fraud and breaking the cycle of crime.

“Fraud has been underreported for years, especially online fraud, and the response by national agencies to the crime has been weak. I will be standing up for victims and pressing for a better national service to catch the fraudsters and reduce the number of victims.

“I am also helping to lead the force’s response to Covid-19, by driving through policies to ensure the wellbeing of our workforce and working to tackle the emerging changes in crime. West Midlands Police is putting the protection of crimes against key workers at the heart of its policing mission.

“I am also leading the West Midlands response to early prisoner releases announced by the government. I am working to co-ordinate the services in place to ensure offenders don’t become repeat offenders and cause there to be many more victims of crime.”

Ashley Bertie said, “It has been a great privilege to be Deputy Police and Crime Commissioner. I’ve really enjoyed and valued my time working on behalf of the people of the West Midlands with David Jamieson and Waheed Saleem.

“Supporting young people is my passion and I’ve always worked to put them at the heart of decision making in West Midlands Police. I’m also proud of the reforms we have made to stop and search to make it more effective, and crucially more proportionate, but there is still more to be done.

“I’ve been at the forefront of the work to tackle violent crime and have played a major role in the founding of both the Commission on Gangs and Violence and the Violence Reduction Unit. It is clear to me that if we are going to tackle violent crime we need to continue to invest across the public sector in schemes to divert young people away from crime.

“I am also proud to have supported the PCC’s work on reducing the harm, crime and cost to society from drugs.

“Whilst I am sad to be leaving the Police and Crime Commissioner’s office, I am looking forward to starting my new role with 38 Degrees.”

38 Degrees is an online campaigning organisation that engages over 2 million people every year.