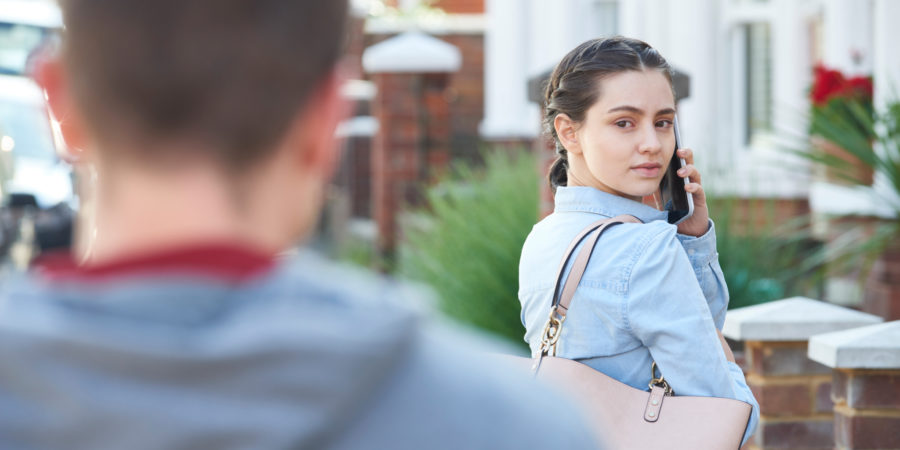 On National Stalking Awareness Week, Police and Crime Commissioner David Jamieson is highlighting the work he is doing to tackle this problem.

Stalking was made a criminal offence in 2012. It occurs when someone carries out a persistent pattern of behaviour that can make a person feel harassed and threatened and disrupts their life.

Activities which make up stalking offences can include following and spying on a person, forcing contact and monitoring a person’s use of the internet.

The PCC funds almost £120,000 of services directly aimed at helping the victims of stalking and harassment.

Black Country Women’s Aid’s Independent Stalking Advocacy Caseworkers help women who have been victims of stalking and harassment and assist with advice, signposting and helping women make reports to the police. They also ensure that victims know their rights.

On Friday 12 April a stalking conference took place. This event brings together experts, service providers, victims and the public sharing knowledge to tackle stalking and harassment.

A free app for smartphones has been designed to protect both men and women from possible danger this is called Hollie Guard.

Hollie Guard turns your smartphone into an advanced personal safety device at the touch of a button. If in danger simply shake your phone to generate an alert, your location, audio and video evidence of the incident will automatically be sent to your emergency contact via text and email. Shake it again and it sends out a high pitched alarm and the flash starts to strobe, in order to attract maximum attention.

David Jamieson said: “I am pleased to support National Stalking Awareness week. Stalking and harassment is a criminal offence has given a great deal more protection to victims of this awful crime.

“Victims of stalking and harassment are some of the most vulnerable and it is only right that they should receive the best possible service: from the point of reporting the offence, through to investigation and conclusion of the case.

“I commission a number of services which support victims of stalking and harassment. Black Country Women’s Aid’s Caseworkers are doing excellent work in providing advice and information.

“They give legal advice as well as ensuring that victims know measures they can take to keep them safe and help with reporting offences to the police.”