PCC backs police at Christmas as scale of assaults revealed 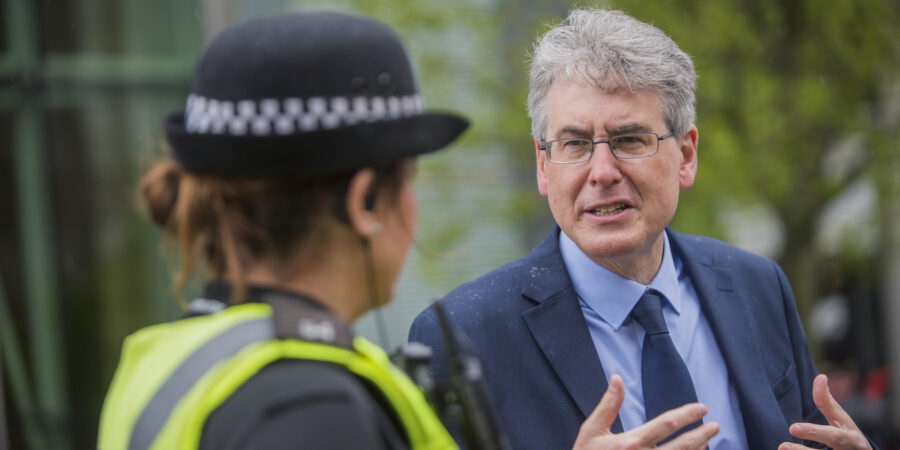 The West Midlands Police and Crime Commissioner says it is “completely and utterly unacceptable” that last Christmas, scores of officers reported being assaulted at work.

According to official police data, in December last year there were 173 reports of police constables being assaulted by members of the public, with many more incidents potentially going unreported.

Police staff, some of whom answer emergency 999 or 101 calls, are also known to be abused by angry members of the public.

It’s led the Commissioner to remind people of the important work police in the West Midlands do to keep us all safe, especially whilst many of us are planning to celebrate festivities with family and friends.

Simon Foster, who has been Police and Crime Commissioner since the election in May, oversees West Midlands Police on behalf of the public.

His remarks come as most people wind down for Christmas and finish work for a well-earned break. However, for many police officers their work doesn’t stop between Christmas and New Year.

“It is completely and utterly unacceptable that hard working police officers were assaulted last Christmas simply for doing their job,” said the West Midlands Police and Crime Commissioner, Simon Foster.

“We all know policing is a job with serious risks, but these numbers are too high.

“The vast majority of people value police officers and I’m sure they will also be concerned to learn what’s going on.

“Police officers confront danger, when most of us run from it and we never know when we, our family, friends and local community might need them.”

Simon Foster pledged to ensure West Midlands Police recruit an extra 450 neighbourhood police officers when he was elected and recently announced that it had recruited 40% of them.

By March 2022, the PCC will have bought nearly 5,000 new state-of-the-art body worn cameras to help keep officers safe, gather evidence against offenders and to promote trust and confidence on the part of the public.