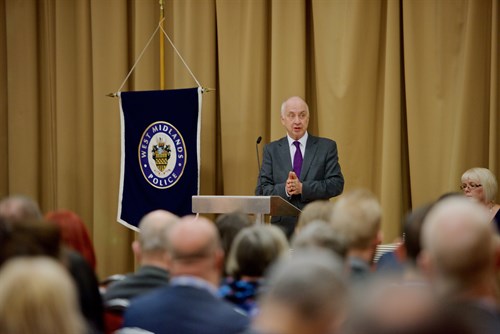 I’ve dedicated much of my career to road safety, it is one of the issues I feel most strongly about.

Over the years, I’ve fought many battles and campaigns for safer roads: the most notable being the introduction of the ban on driving while talking on a handheld phone back in 2003 while a Transport Minister.

This is why I’m delighted to see even tougher penalties for this crime now being brought in.

From now on, anyone caught driving while on a handheld phone will face six points on their licence and a £200 fine – tougher action that, in my opinion, is long overdue.

After all, this is about saving lives. Studies have found that motorists who talk on their handheld phone while driving are four times more like to crash.

But I want it to go further: I want to see those tough new fines devolved to local police forces.

What could be more fitting than having dangerous drivers pay for road safety policing instead of general taxpayers?

I am calling for our cash-strapped police forces to benefit from the higher fines and be given that cash to help keep our roads safe.

I hope that the government listens to this and brings in this sensible, cost-free change to help police enforce the ban. It will also ensure that offenders pay for road safety instead of general taxpayers.

If you’d like to read the letter I wrote to the Transport Secretary previously calling for this, click  here.

The PCC blogs in his regular newsletter, which you can read in full here.